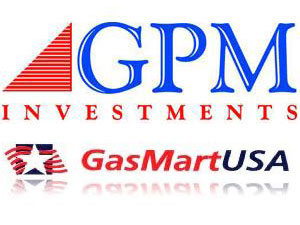 Prior to the bankruptcy filing, Gas-Mart USA sold 19 of its locations in Missouri and Kansas to TravelCenters of America LLC, Westlake, Ohio.

This acquisition will further develop GPM’s existing portfolio of stores in the Midwest, the company said. GPM will initially operate these stores under their existing brand names and consider transitioning some stores to a GPM retail brand.

Previous Gas-Mart USA employees at these stores were hired by GPM. “Bringing them into the GPM family was very important to our leadership team” said Mike Emmons, Vice President of the Midwest Division. Emmons went on to say, "It will be a great pleasure to continue serving customers with the same dedication and enthusiasm.”

GPM Investments is one of the largest privately owned companies in the convenience-store channel. Including previously announced transactions, by the end of March 2016, GPM will widen its reach to more than 800 c-stores in a total of 17 states under brands including Fas Mart, Shore Stop, Scotchman Stores, Young's, Li'l Cricket, BreadBox, One Stop and Road Ranger.