LOUISVILLE, Ky. — “Own it” is a mantra that has driven success at family- and employee-owned convenience-store retailer Thorntons Inc. for years. Now that the company has been acquired by a joint venture of BP PLC and ArcLight Capital Partners, “we’re translating that a little bit as we move from being a family-owned business,” Simon Richards, the company’s new CEO, told Louisville Business First in the first interview since being named to the role. “But the culture is still ‘we own this business. We own its success.’ And we own the right to grow it. It’s a deeply cultural piece around here—owning the performance of the business.” 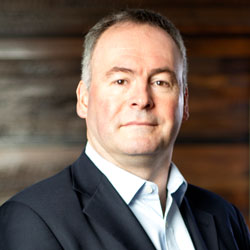 The joint venture reached an agreement to purchase the c-store chain in December, and the deal closed in February, the newspaper said.

“The owners bought this business for good reason,” he told the newspaper. “We want to retain the magic that’s been Thorntons. We promised that to Matt [Thornton] as we shook hands when he departed.”

“There’s some natural apprehension to new owners,” he told the paper. “Do they mean what they say? We have to demonstrate that. The brand is great. The brand is here to stay. The stores are going to stay the same, and have the same great people running them, and running them from the same office here in Louisville.”

Richards has been with BP for nearly 25 years, holding his current position since 2015. Previously, he was head of strategy and business development for BP West Coast Products in Bellingham, Wash.; mergers and acquisitions project director for the divestment of the Texas City, Texas, refinery and associated assets; director of U.S. refining business efficiency in Chicago; and chief of staff for refining in London, among other roles at London-based BP.

Boston-based ArcLight is a private-equity firm focused on energy infrastructure investments. The joint venture partnership will accelerate Thorntons growth and expand its footprint, the companies said. They did not release the terms of the transaction. BP is participating as the minority partner in this non-operated joint venture, it said.

“This agreement complements BP’s U.S. retail business and is another step forward in the Fuels North America growth strategy,” the London-based company told CSP Daily News when the deal was announced.

The joint venture will continue to operate all existing stores under the Thorntons name and will retain Thorntons team members working out of the store support center in Louisville.

Richards said there could be other top executives coming into the business in select roles, but the plan is to not “parachute in” an army of people, said the report. These executives could come in from the joint venture, external sources or be promoted from within. “It’s not a ‘sweep out the current [team] and raze and rebuild’,” he said. “For the moment, I’m the implant, and we’ll do the rest on an as-needed basis.”

Richards’ educational background is as a chemical engineer. Chemical engineering is about how you process things, getting elements from one state to another, he told the newspaper. He has spent a lot of time helping BP consider where it was going strategically and chasing the right mix of assets. “All those skills are pretty transferable,” he said.

He said he believes convenience is a good space to be in because people value their time. The company has been making a lot of considerations—how fast are the gas pumps and how many parking spaces are available. It has also been adding self-checkout lines.

“The commodity [customers] cherish most is time,” he told the paper. Food will continue to be a focus for Thorntons, just as it had been under the previous CEO Matt Thornton, the report said.

Thorntons offers E85 and ethanol blends at its pumps, and it’s continuing to monitor demand for those products, Richards said. It’s also looking at electric vehicles. “The strategy is [in its] early days,” he told the paper. “We’ll get to that quickly. The team here had already developed a great pipeline of future stores. We’re going to invest through those, and we’ll start to build in behind it.”

“We’re a retail, guest-facing business,” Richards told Louisville Business First. “Our guests have choices. We want Thorntons to be the place that they choose when they’re on the go.”