BROOKLYN, N.Y.-- A $7.25 billion class-action settlement reached last year was supposed to put an end to years of fighting between the retail industry and Visa and MasterCard. Instead, it reignited a long-running battle over credit-card transaction fees that played out again Thursday in federal court, with merchants and retail groups making their case for why the deal should be blocked, reported The Wall Street Journal. 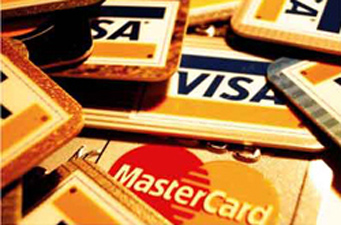 They argued that the settlement would harm--not help--merchants by essentially immunizing Visa and MasterCard from future lawsuits over their business practices, a point that the payment companies say is grossly overstated.

Proponents of the deal have heralded the settlement as a best-case outcome in a case where the plaintiffs faced significant hurdles to proving their claims.

Billed as the largest settlement of an antitrust class-action case in U.S. history, the deal reached in July 2012 would end years of litigation.

Despite claims by merchant trade groups that there is wide opposition to the settlement among retailers, proponents said there is overwhelming support for the deal. Only a tiny fraction of merchants eligible to participate in the settlement objected to the deal, they said.

Judge John Gleeson said the settlement is a compromise between the parties in which neither side is likely to achieve everything that they're seeking. "This is a lawsuit and to get relief you've got to win," he said, adding that his comment wasn't meant to send a signal about his views of settlement.

Craig Wildfang, an attorney representing the proposed class of as many as eight million merchants, said critics of the deal were motivated by their "political agenda" to get Congress to legislate credit-card swipe fees.

Visa and MasterCard executives have argued that the legal release included in the settlement would only cover their existing rules or similar rules they put in place in the future, while opponents have interpreted the release to mean that all future claims against the companies would be barred.

"We can't settle this case and then get sued again," Kenneth Gallo, an attorney representing MasterCard, said.

Gleeson summed up the feelings of some industry executives, analysts and retailers who are skeptical that the swipe-fee debate will go away regardless of the settlement's fate: "Is this ever going to come to an end without comprehensive legislation?"

The judge did not say when he expected to issue a ruling.