As reported yesterday in a CSP Daily News Flash, the president signed the bill that allows the FDA to reduce nicotine in tobacco products, ban candy flavorings and block labels such "low tar" and "light." Tobacco companies also will be required to cover their cartons with large graphic warnings, reported the Associated Press. [image-nocss] The law won't let the FDA ban nicotine or tobacco outright, but the agency will be able to regulate what goes into tobacco products, make public the ingredients and prohibit marketing campaigns, especially those geared toward children.

As articulated by the White House, some of the key elements of this legislation include:
New Center for Tobacco Products: The FDA will create a new Center for Tobacco Products to oversee the science-based regulation of tobacco products in the United States. Banning Candy-Flavored Cigarettes: By October 2009, cigarettes will be prohibited from having candy fruit, and spice flavors as their characterizing flavors. Full Disclosure of Ingredients and Additives: By January 2010, tobacco manufacturers and importers will submit information to the FDA in their possession about ingredients and additives in tobacco products, a description of the nicotine content and delivery and the health consequences of tobacco products. Stopping Youth-Focused Marketing: By April 2010, the FDA will issue the agency's 1996 regulation aimed at reducing young people's access to tobacco products and curbing the appeal of tobacco to the young. When the regulation becomes effective, a number of measures will take effect, including: Tobacco manufacturers may no longer sponsor sporting, athletic and entertainment events using tobacco product brand names and logos; no longer sell or give away clothing or other items which bear the brand name or logo of a tobacco product; and no longer distribute free samples of cigarettes, and free samples of smokeless tobacco will be allowed only in adult-only facilities. Prohibiting Other Marketing Measures Misleading Consumers: By July 2010, tobacco manufacturers may no longer use the terms "light," "low" and "mild" on tobacco products. New Warning Labels: By July 2011, warning labels for cigarettes and smokeless tobacco products will be revised and strengthened. Warnings will comprise the top 50% of the front and rear panels of the package. The FDA will issue regulations requiring graphics on labels depicting the health risks of smoking. The Family Smoking Prevention & Tobacco Control Act of 2009 also provides the FDA with regulatory authority to regulate marketing and promotion of tobacco products and set performance standards for tobacco products to protect the public health. Anti-smoking advocates and other proponents have pushed for this legislation for years for governmental control of the tobacco industry. Opponents question whether the FDA is up to the job after a series of food safety failures that some suggest are an indication that the agency might have a full plate. They also said that instead of unrealistically trying to get smokers to quit or to prevent others from starting, lawmakers should ensure that people have other options, like smokeless tobacco.

President George W. Bush had opposed the legislation and threatened a veto after it passed the House last year. The Obama administration, however, issued a statement declaring strong support for the measure. To read the official text of the Family Smoking Prevention & Tobacco Control Act, click here. And click here to view the FDA's initial tobacco regulation page. 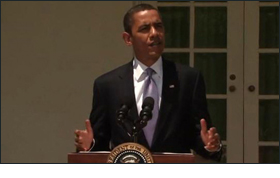