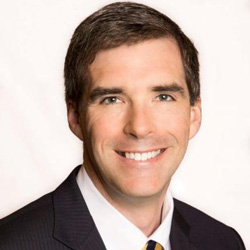 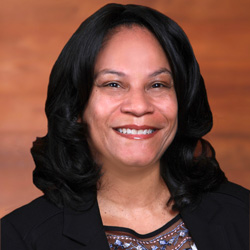 Walljasper announced his retirement in February. He will remain with the Ankeny, Iowa-based company as executive adviser to assist with the transition.

Casey’s has not had an executive in the COO role since June 2004, when then-COO Terry Handley became president and continued to serve in the capacity of COO, a position he had held since June 2006. He was named CEO in 2016. Handley retired as president and CEO in June 2019.

“Casey’s is fortunate to have two phenomenal leaders with deep expertise in their fields join the team, particularly during this time of unprecedented change,” said CEO Darren Rebelez. “We have been diligent in finding the right talent and building a best-in-class team to drive the execution of our three-year strategic plan and grow Casey’s as we look toward the next 50 years. I’m confident they will strengthen our efforts to deliver on our strategic plan to not only lead our industry but also remain among the top quintile of all retailers nationwide.”

Williams and Bramlage will accelerate several initiatives in the company’s strategic plan, Rebelez said. Specifically, these additions will lead to the establishment of a dedicated mergers and acquisitions team, and enhanced operational efficiencies such as asset protection and centralized procurement.

Bramlage was most recently the CFO of Aramark, a $16 billion food, facilities and uniform services provider. Before that, he was CFO of Owens-Illinois, a major manufacturer of glass, and held several financial leadership roles at PPG Industries, Eli-Lilly and Ernst & Young.

Williams will lead Casey’s more than 2,200-store retail network across 16 states. She will oversee store operations, fuel procurement and delivery, operational excellence, new-store development and transportation and distribution. Williams spent a decade at 7-Eleven and was senior vice president and head of international. In this role, she directed global functions, including merchandising, marketing, logistics, human resources and financial analysis, in addition to global operations, licensing and expansion. Before 7-Eleven, she spent more than 15 years at ExxonMobil and Mobil Oil Corp. in operations management, merchandising, transportation and supply, and led the company’s West and Midwest divisions. Most recently, Williams was CEO of National HME, a direct provider of technology-enabled medical equipment in the hospice industry.

"The c-suite bench is finally built out, and it's deep," said Chris Mandeville, equity analyst at Jefferies Financial Group Inc., New York, in a research note on the Casey’s appointments. "Both individuals come with extensive experience at large, multi-nationals and exposure to c-store [and] foodservice."