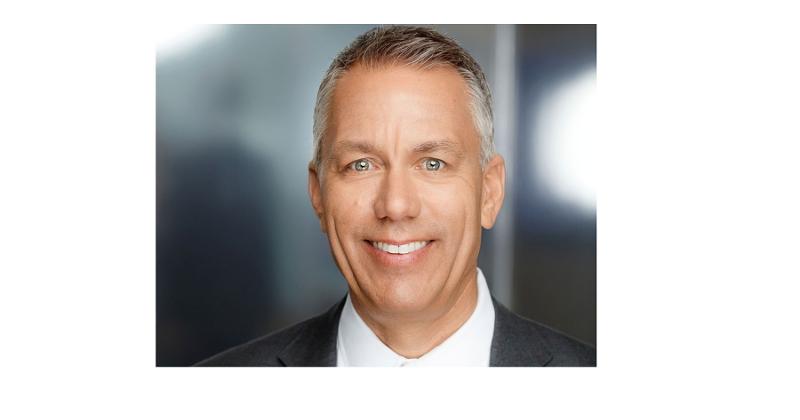 ANKENY, Iowa — On the heels of being named president and CEO of Casey's General Stores Inc., Darren Rebelez offered a commitment to "providing outstanding service" to the local communities the convenience-store chain serves. Rebelez, former president of the IHOP restaurant chain and a former executive at 7-Eleven and other c-store companies, will succeed Terry Handley on June 24. His return to convenience brings expectations of him translating his foodservice experience to the venerable Casey’s, which is known for its pizza.

“We are thrilled to welcome Darren to the Casey’s family,” said H. Lynn Horak, chairman of the board. “Darren brings a remarkable combination of leadership experience in the convenience store, fuel and restaurant industries, and he has an impressive track record of driving performance and innovation. We … are confident that he will build on Casey’s strong heritage of customer service, employee development, giving back to our communities and our focus on creating sustainable growth and profitability.

“I am honored to join the Casey’s team at an exciting and dynamic time for both the company and the industry,” Rebelez said. “I have long admired Casey’s and look forward to working closely with its talented team to continue providing outstanding service to local communities across our markets and creating value for all of Casey’s stakeholders.”

Handley will retire from the company and board after a 38-year career with the retailer.

“I would like to sincerely thank everyone at Casey’s for their support and partnership throughout my career,” said Handley. “I have great pride in our many accomplishments and the hard work and dedication of all Casey’s employees. It has been a privilege to lead and be part of such a talented team, and I look forward to seeing Casey’s continue to build on its momentum in fiscal 2020 and beyond.”

Horak said, “On behalf of the board, I would like to thank Terry for his dedication and tremendous contributions to Casey’s over his nearly four decades with the company. The company has benefitted greatly from Terry’s contributions over the years. We wish Terry many years of enjoyment and fulfillment in his retirement.”

“While news of CEO Handley's retirement isn't totally unexpected, the timing of the move is,” said Christopher Mandeville, equity analyst with Jefferies LLC, New York, in a research note. “Handley has been instrumental in rolling out Casey’s three-year value creation initiative, which has helped drive growth and profitability. We expect material progress in [full-year 2020] as new initiatives take hold.”

Mandeville also said Rebelez's background, “will serve him well as Casey’s CEO and allow him to continue the momentum Mr. Handley has harnessed so well over his career at Casey’s.”

Rebelez joins Casey’s with more than 25 years of business leadership experience focused on operations, marketing and merchandising for large corporations in the convenience-store, fuel and restaurant industries.

He has been president of IHOP restaurants, a unit of Dine Brands Global, since 2015. He resigned from that position on June 4.

Rebelez led the brand through an aggressive marketing period, implementing the viral campaign last year in which the chain appeared to change its name to “IHOb” to promote its burgers. The company recently launched a successor campaign, calling its burgers “Angus beef pancakes.”

Prior to joining IHOP, Rebelez spent nearly eight years with 7-Eleven Inc. He joined the company in 2007 as a senior vice president in charge of operations for its U.S. and Canadian stores. The company promoted him to executive vice president and COO in 2009. The chain was becoming fully franchised in the United States, and his responsibilities included the franchising of 7-Eleven's more than 1,000 remaining U.S. company-operated stores as well as managing and enhancing the company's relationships with its franchisees. Rebelez also directed 7-Eleven's facilities, construction and maintenance programs. In addition, he was responsible for information technology, the company's gasoline business at more than 2,500 stores, asset protection and its business transformation projects.

He left the Irving, Texas-based retailer in October 2014.

Before joining 7-Eleven, Rebelez was with Exxon Mobil Corp., Irving, Texas, for six years. He joined the company in 2001 as U.S. category management director, responsible for the category strategy, promotional planning, product procurement, supply chain management and concept development for the company’s 1,200-unit company- and franchise-operated chain. In 2004, he became U.S. distribution pricing and analysis manager, responsible for U.S. wholesale fuel pricing and strategy. And in 2006, he became U.S. On the Run franchise manager.

Rebelez joined Thornton Oil Corp., Louisville, Ky., in 1997, where for four years he was vice president of category management, president of fresh-serve bakeries and director of foodservice. He was responsible for profitability of all branded restaurant concepts, proprietary branded and unbranded food concepts and all food manufacturing operations. He also grew the Dunkin’ franchise subsidiary and developed and implemented a strategic foodservice plan for a quick-service restaurant brand and launched three proprietary foodservice brands.

From 1995 to 1997, Rebelez was director of operations for the Fuddruckers restaurant chain. And he began his professional career in 1991 as market manager, field training instructor and restaurant general manager for PepsiCo.