ALTOONA, Pa. –Sheetz Inc. chairman and CEO Joe Sheetz is taking issue with Forbes’ ranking of the Sheetz family in its recent list of America’s richest families, claiming that the magazine’s assumptions about the family’s wealth and degree of ownership in the company are “inflated,” reported The Altoona Mirror. 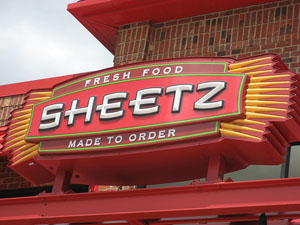 "I have no idea where they got their numbers. I told them they are way off," Sheetz told the newspaper. "We were not consulted and did not submit anything for that article."

Sheetz said he believes Forbes came up with its numbers based on recent sales of other convenience store chains.

"The figures they used appear to be based on some recent transactions in the convenience store industry, especially MLP or master limited partnership deals based in the South," he said. "They simply took the figures paid for those companies and made a guess of what Sheetz could sell for based on our 500 stores," Sheetz said. "We are not for sale and will remain private."

The Sheetz family reportedly owns 90% of the company; employees own the rest.

Forbes also said there are about 35 family members involved in the business, but Joe Sheetz clarified that assertion as well.

"They assume that the family owns the entire company, which we don't," he said. "We have an Employee Stock Ownership Plan, and any employee here for more than a year owns stock, as well as hundreds of former employees. The valuations we have done for the ESOP (which are required by law) are nowhere close to the inflated number they are estimating here. We have approximately 85 members of our family, most of which own shares in the company along with our 16,000 employees."

What C-Store Retailers Are Worth More Than the Kennedys?

What Industry Exec Is Among America's Richest Self-Made Women?