OKLAHOMA CITY – Judy Love of Love’s Travel Stops & Country Stores Inc. is the seventh-richest self-made woman in America, according to a new list in Forbes magazine. 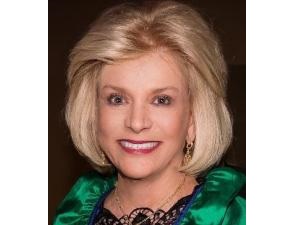 Forbes has compiled its first-ever list of the nation’s top 50 most successful, self-made women as measured by net worth.

The exclusive freshman class includes entrepreneurs, CEOs, entertainers, designers and even an author. Some of the list members are extremely well-known, such as Oprah Winfrey and Facebook’s Sheryl Sandberg. Others aren’t quite household names yet, but may be on their way.

Judy Love and her husband Tom founded Love's Travel Stops & Country Stores in 1964. The couple took $5,000 they had saved and leased an abandoned gas station in Watonga, Okla. Within a few years, the company had 40 stations and began to open convenience stores alongside the pumps.

Judy kept the books and ran the company with Tom until 1975, when she returned to college to complete her degree, earning a Bachelor of Arts / Science from the University of Central Oklahoma.

She is now secretary of Love's and chairman of the Love Family Fund, the family's charitable foundation. Tom is chairman and CEO and three of their four children work for the company.

Joining her on the list at No. 38 is the only other convenience-store-industry-related person on the list, Kit Crawford,

Kit Crawford is the co-owner of Clif Bar & Co, the Emeryville, Calif. maker of organic nutritional bars and drinks. She was co-CEO from 2007 to 2013 along with husband Gary Erickson; they are now "co-chief visionary officers."

Clif Bar grew from a niche favorite among cyclists and climbers to a household brand sold at mainstream retail outlets in 14 countries. The pair shares an 80% stake in the company, while employees own the rest.

They also launched a winery and tasting room in Napa and White Road Investments, a venture firm backing businesses that value sustainability and community involvement. Crawford is also president of the Clif Bar Family Foundation and strategic advisor to LunaFest, a traveling short film festival that benefits nonprofits. A native of Canada, she started out as sales manager at a small bakery Erickson owned in the 1980s. She also spent seven years as a dancer and choreographer and worked in national parks for several summers.

To compile net worth, the editors valued individuals’ assets, including the value of stakes in public companies, on May 15. They valued private companies by speaking with an array of outside experts and conservatively comparing them with public competitors. To be eligible for this list, women had to have substantially made their own fortunes and be U.S. citizens or permanent residents. In cases where they started businesses with, and still share with, their husbands, we’ve assigned them half of that combined wealth. They attempted to vet the numbers with all list entrants—some cooperated, some didn’t.