At the recent Fuels Institute Annual Conference in San Francisco, a topic created much philosophic discussion: Top Tier gasoline. (Mea culpa: I was the instigator stirring the pot). 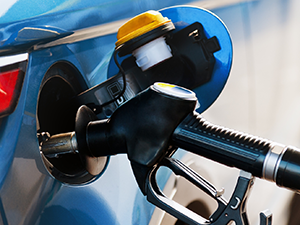 At the time, there was no regulatory requirement for detergents, and some fuel marketers opted not to use them. Then, in a move supported by the auto industry, the federal government mandated specific levels.

However, the minimum-standard mandate was in some cases lower than what some retailers offered. While the mandate brought those below the line up to the standard, those above the line dropped to the standard. Although automakers’ repair records suggested that the EPA standard for detergents wasn’t high enough, the EPA was apparently unresponsive when asked to increase it.

So in 2004, representatives of BMW, General Motors, Honda and Toyota joined to specify what makes a “good” fuel. Using recommendations from the Worldwide Fuel Charter (a global committee of automakers and engine manufacturers), they established a proprietary standard for Top Tier Detergent Gasoline. The new standard required increased levels of detergents and restricted metallic content. To be certified as Top Tier, a gasoline must pass several performance tests that demonstrate deposit control and the prevention of intake-valve sticking.

In theory, this should have had a very happy ending: a better standard created without legislative requirements. But just as the EPA mandate had unexpected consequences, so now does the Top Tier standard.

Initially, Top Tier was a great marketing tool a brand could use to differentiate itself from its competitors. Brands that adopted it could theoretically charge a couple of cents more for selling what is viewed as “super gas.” But as more and more brands have adopted the standard, the message has changed from better gas for your vehicle to “Top Tier is good gas—all other gas is bad.”

To be fair, that statement has never been made, but it is implied. The Top Tier website features an illustration of two fuel injectors, with this statement: “You wouldn’t let the outside of your car look dirty; why let the inside?”

Also, you will find there is no shortage of opinions online on the topic of Top Tier gasoline. There are proponents and opponents, but the largest segment is unsure—acknowledging that they may not have the empirical proof, but it can’t be bad for you.

At the Fuels Institute conference, the automakers there were in general agreement that higher levels of detergent additives are necessary for optimum engine performance. So I posed the question, “If this is truly the requirement for vehicles, why can we not just raise the minimum standard for all?”

The legislative point of view is to beware of what you ask for when you go to D.C., and that less intervention is always better. I do not disagree. However, the current scenario forces a retailer to choose whether to sell Top Tier gasoline, and this is not an inexpensive proposition. In the early days, you could recoup the extra cost per gallon by seeing an increase in volume. Now that Top

Tier gasoline is more widespread, it is more difficult for retailers to see a volume increase. The additional cost is portrayed as only “tenths of a cent.” At three-tenths of a cent, that adds $4,000 in cost to an average station in the United States. If you are one of the “new era” retailers and have at least 400 stores, that can mean more than $15,000 per site, or more than $6 million annually.

Also, there is an annual license fee based on the number of stations owned by the fuel marketer. That is a hard decision to make when you cannot foresee a large enough lift in volume. Yet with more widespread acceptance, a retailer not following the standard is increasingly perceived as selling “dirty fuel.”

The c-store industry needs to lobby for a consistent standard that the automakers can agree on. Any additional cost would apply evenly across the retail playing field directly to the consumer, who is the true beneficiary.

What are your thoughts on the subject? I’d love to hear from you.

Norman Turiano is principal of Turiano Strategic Consulting. Reach him at turianostrategicconsulting@comcast.net.