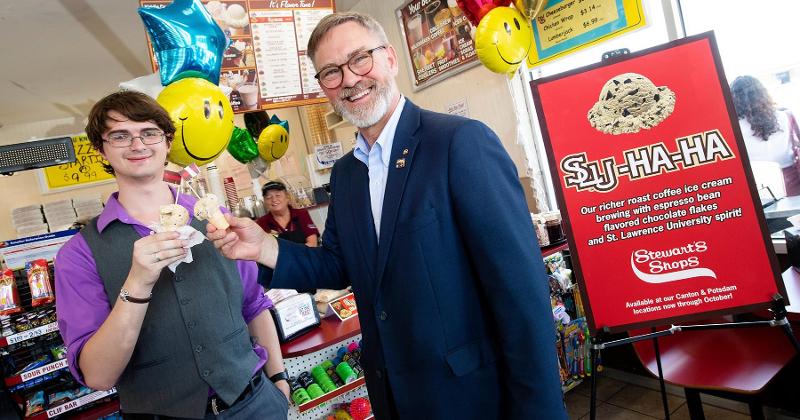 “[St. Lawrence University] reached out and asked for a flavor dedicated to them, and we said, ‘Of course,' ” Komoroske said.

“We unveiled the name change at one of our Canton locations, and it was the busiest that shop has ever been,” Komoroske said. “We had hundreds of customers.”

Founded in 1945, Stewart’s Shops is an employee- and family-owned c-store chain based in Saratoga Springs, N.Y. Its stores in 31 counties in upstate New York and southern Vermont offer milk, ice cream, coffee, food to go, other convenience items and gasoline. The retailer was No. 22 on CSP's 2019 Top 202 ranking of c-stores by number of company-operated locations.