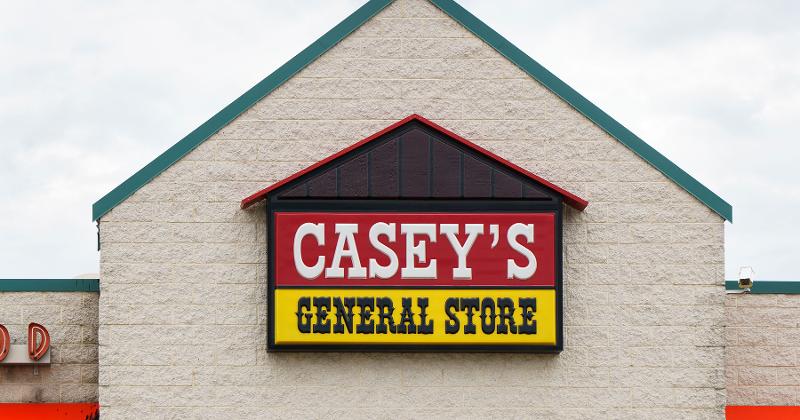 Casey’s General Stores was founded by Don Lamberti in Boone, Iowa, in 1967. The company consistently ranks among the top convenience store chains in the United States, driven in large part by the company’s focus on meeting consumer demand. For example, in the mid-1980s, Casey’s pursued the pizza business based on customer feedback, and now they are the fifth largest pizza retailer in the U.S.

The chain has grown to more than 2,000 locations in 16 states. Casey’s recently began offering E15 and after their initial trials announced an aggressive plan to add E15 to more than 500 locations. E15 is a  fuel with 15 percent renewable ethanol approved for all cars 2001 and newer. Driving their adoption was a  groundbreaking partnership with Prime the Pump, a Growth Energy partner and nonprofit organization dedicated to to helping give more Americans the choice fo E15 at the pump.

For more than five years, E15 has been available at fueling stations across the country. Casey’s currently sells E15 at 88 sites and offers E85 at 90 locations and the chain says consumer response has been encouraging as they continue to see growth year-over-year for the sites that have the fuel. Additionally, at those sites, the sales rate has been steadily increasing as customers become more familiar with the product.

Benefits for consumer and retailer alike

Nathaniel Doddridge, Director of Fuels at Casey’s General Stores said ” Offering E15 has given us another product to attract both the value-seeking customer and the environmentally conscious customer. At the end of the day, if we can drive more people to the pad, we know a portion of those customers will come inside our sites.”

By increasing the number of customers stopping in solely for E15, the chain can expect to gain incremental sales when those customers come into the store—whether they pick up a drink, snacks or the store’s signature pizza.

Consumers are coming to rely on E15’s value in terms of their wallets, their engines and the environment—E15 retails for a slightly lower price than regular unleaded gasoline, making it an excellent option for budget-conscious consumers. And because it burns cleaner than standard gasoline, it’s a more environmentally friendly option, too.

“We like the value E15 offers, given the historical cost advantage ethanol provides as a blending component while adding additional octane,” says Nathaniel Doddridge,“The majority of our customers look for value when shopping for fuel, and E15 provides a lower cost fuel that also burns cleaner and is good for engines.”

Getting more customers excited about E15 is as simple as making sure they are aware of its benefits. “Education is key for not just the customer, but also the store employees, people are always skeptical when trying new fuels, so the more customers know, the better,” said Doddridge. “Partnering with Growth Energy can help with the education piece. Growth Energy has brought together a very competitive group of retailers to highlight the benefits of this new fuel. Without one neutral party bringing ideas and information together, there is a high likelihood that E15 would not see the success it is today.”

With more than eight billion miles driven on E15, the fuel’s popularity is showing no signs of slowing. Casey’s General Stores is just one of many retailers adding E15 to the forecourt lineup. E15 is currently available at 1,800 locations in the U.S. in 31 states. With consistent, reliable growth, it’s only a matter of time before E15 is available on every corner.

“Right now, several of the top convenience store chains offer E15, the adoption of E15 is picking up more and more,” says Mike O’Brien, vice president of market development at Growth Energy. “It is this acceleration process of retailers adding it, consumers buying it, consumers driving on it, repurchasing, so on and so forth. It keeps growing and growing.”