HOUSTON -- As most major oil companies have distanced themselves from petroleum retailing in recent months and years, one entity not known for a retail presence is moving closer--8,000 miles closer to be exact. 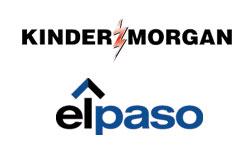 In what the Wall Street Journal is calling a "super-major moment," Kinder Morgan Inc. (KMI) announced this week that it will acquire all of the outstanding shares of El Paso Corp. (EP) in a transaction that will create the largest midstream and the fourth-largest energy company in North America with an enterprise value of approximately $94 billion and 80,000 miles of pipelines.

El Paso, which once owned as many as 500 convenience stores/gas stations, got out of the retail business when it sold off its Coastal Mart locations primarily to Philadelphia-based Sunoco and Corpus Christi, Texas-based SSP Partners in 2001.

The transaction has been approved by each company's board. Prior to closing, the transaction will require approval of both KMI and EP shareholders. The transaction is expected to close in second-quarter 2012 and is subject to customary regulatory approvals.

Calling it a "once-in-a-lifetime transaction," Kinder, said, "The El Paso assets are primarily regulated interstate natural gas pipelines that produce substantial, stable cash flow and have access to key supply regions and major consuming markets. The natural gas pipeline systems of the two companies are very complementary, as they primarily serve different supply sources and markets in the United States."

He added, "We believe that natural gas is going to play an increasingly integral role in North America. ... If America is serious about reducing carbon emissions to benefit the environment, and reducing its dependence on foreign oil, natural gas is absolutely the best readily available option. We are delighted to be able to significantly expand our natural gas transportation footprint at a time when it seems likely that domestic natural gas supply and demand will grow at attractive rates for years to come."

The deal epitomizes major shifts occurring in the North American energy landscape, said the Journal. The mergers creating the likes of ConocoPhillips and ExxonMobil were a reaction to low prices and bigger projects. Oil collapsing below $10 a barrel in 1998 made finding cost savings imperative. Meanwhile, the industry's biggest prospects were found increasingly in challenging, and expensive, areas like deepwater offshore fields. Merging to cut costs and increase scale was the answer.

In KMI's case, the low price in question is that of its own shares, said the report, down more than 10% since the company's initial public offering in February, lagging the sector. Besides cutting costs, KMI can restructure the operating assets held in EP to take advantage of more favorable tax treatment in the group's various master limited partnerships.

Beyond this, there is the question of scale. The opening of vast new unconventional resources in areas like the Marcellus formation in the northeastern United States demands reconfiguring an old pipeline system geared largely to shipping fuel from the Gulf Coast and Canada to U.S. cities.

In buying EP, KMI not only creates a unified network with wider reach. EP's great strength is its set of interstate pipelines. Their regulated cash flows will cut KMI's exposure to more volatile commodity price movements. This, along with increased scale, should reduce KMI's risk, the report said.

The deal is part of the general trend toward scale in North American energy, it added. This past decade has been the era of smaller exploration and production companies discovering vast new resources. But it takes big balance sheets to develop those reserves and ride out sometimes punishing energy-price cycles, such as today's depressed natural-gas prices.