The third annual “Pink Out” promotion for Minnoco is underway. The retail chain, which is affiliated with independent retail members in the Minnesota Service Station & Convenience Store Association (MSSA), is decked out in pink and ready to make a difference. This year, their goals are more ambitious than ever. 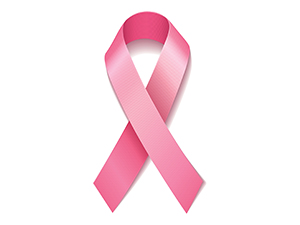 Starting mid-September, employees at participating stores began wearing pink t-shirts, decorating with pink signage inside and out while adding pink handles to the fuel pumps. All of this is meant to remind customers that until the end of October, these independent retailers will donate two cents for every gallon of E15 Unleaded Plus sold to Hope Chest.

Hope Chest, a non-profit foundation, is the recipient of Minnoco’s generosity. Hope Chest provides emergency assistance grants to local Minnesota breast cancer patients and their families. Hope Chest’s funding comes primarily from resale shops, but Minnoco gives them a significant boost every fall. The 2016 “Pink Out” promotion raised $15,000 for Hope Chest, $5,000 of which was from a personal donation from Kaposia Convenience Center, Minnoco branded location owned and operated by Roger Green, his wife, Kyle and daughter Jennifer Rolfes.

This year, Minnoco retailers aim to raise $18,000 combined donation, with or without any large personal contributions. They’re determined to provide even greater financial relief to families already strained by serious illness.

Giving back to the community

“It’s about working in the community and supporting our local people,” says Klatt. “It’s a personal battle. Barbara’s passion fuels our fire.”

Klatt makes it clear, the primary focus of the promotion is raising funds for Hope Chest, but a secondary benefit is that it jumpstarts Minnoco’s E15 sales after the summertime ban (E15 gasoline is prohibited from being sold during the summer by current Reid Vapor Pressure requirements). E15 contains fewer toxic and carcinogenic chemicals, so it’s a natural fit during Breast Cancer Awareness month. It just makes sense!

“The ‘Pink Out’ campaign allows an increase in a shorter timeframe rather than lagging on because the fuel hasn’t been available for three months,” Klatt says.

The promotion also simply encourages customers to give E15 a try. “There’s an education process with E15,” Klatt says. “It introduces people to a new fuel option with a higher octane and allows them to save some money.”

‘Pink Out’ newsprint coupons are distributed in the local Star Tribune and Pioneer Press, offering 10 cents off per gallon of E15. Minnoco couldn’t have done all of this without the support in the past from Growth Energy. Growth Energy continues to set the bar high, all of us retailers continue reaching for it.”

“We give customers a value to try the fuel, so they win here,” Klatt says, “but ultimately, those battling breast cancer win a little more support from the community.”