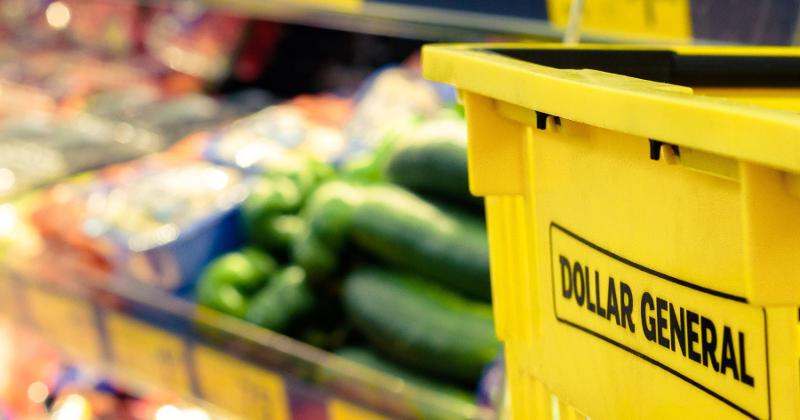 GOODLETTSVILLE, Tenn. — In a move that will further blur the lines between the dollar, drug, grocery and convenience channels, Dollar General Corp. plans to expand it healthcare offering, including increasing the assortment of cough and cold, dental, nutritional, medical, health aids and feminine hygiene products across many of its Dollar General stores.

The announcement comes as the Goodlettsville, Tenn.-based discount retailer is also expanding the number of stores offering produce as part of an effort to fight food insecurity.

With 75% of the U.S. population living within approximately five miles of one of Dollar General’s more than 17,000 stores, the company recognizes the access it provides to rural communities that often are underserved by other retailers as well as the existing healthcare ecosystem, it said.

“At Dollar General, we are always looking for new ways to serve, and our customers have told us that they would like to see increased access to affordable healthcare products and services in their communities,” said Todd Vasos, Dollar General’s CEO. “Our goal is to build and enhance affordable healthcare offerings for our customers, especially in the rural communities we serve.”

Dollar General also has appointed Albert Wu, M.D., to the newly created position of vice president and chief medical officer. In this role, he will help to develop the chain’s new health care services efforts by establishing and strengthening relationships with current and prospective healthcare product and service providers to build a comprehensive network of affordable services for customers.

Wu joins Dollar General from McKinsey & Co., New York, where he led a team to create a total cost of care model for 250,000 rural healthcare patients; oversaw multiple hospital provider turnarounds totaling up to $5 billion in revenue; designed a digitally driven healthcare insurance product offering; and provided guidance to analysts modeling ventilation and pharmaceutical needs to support pandemic relief efforts. Prior to that, he was an anesthesiology resident, delivering direct care to patients in a variety of care settings.

Also, Dollar General—as part of an operational partnership with Feeding America kicked off with a $1 million donation—said it will provide access to food resources in rural and otherwise underserved communities and to proactively address food insecurity across the country. The company plans to offer produce in up to 10,000 communities over the next several years, with many of those stores in current U.S. Department of Agriculture (USDA)-defined food deserts.

“Food insecurity impacts communities across the country, and given that Feeding America projects that 42 million people may face hunger as a result of the pandemic, we want to be part of the solution for those facing this issue,” said Vasos. “With our extensive store footprint, often in communities others have chosen not to serve, Dollar General is uniquely positioned to help combat hunger by offering convenient access to a variety of nutritious foods at affordable prices. Our work with Feeding America builds on these efforts by providing in-kind donations of perishable foods to help nourish and feed those in need. Together with Feeding America and local community food banks, we look forward to making a measurable impact in the fight against food insecurity.”

Dollar General also has partnered with a registered nutritionist to create DG Better For You meals, which provide healthier recipes for each meal of the day with items sourced from DG stores, and created the Good & Smart private brand to provide yet another healthier option to customers.

The company currently offers fresh produce in more than 1,300 stores, providing the top 20 items typically sold in grocery stores and approximately 80% of produce categories carried by most grocers, it said. Dollar General plans to expand this offering in up to 10,000 stores, including stores located in food deserts.