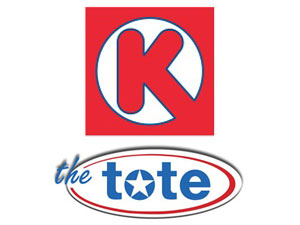 The stores will be rebranded to the Circle K store brand, while the retail fuels and dealer locations will retain their current fuel brands through Circle K’s National Wholesale Fuel branding agreements.

Circle K and Johnson Oil announced on March 16, 2015, their intent to consummate a transaction encompassing all of Johnson’s convenience retail and dealer business, and this sale represents the transition of the Johnson family’s interest in fuel supply and convenience-store retailing.

“We are pleased that the Johnson family was able to transition the majority of their employees to a company of Circle K’s caliber and with such tremendous opportunities for career growth. The Johnson family believes Circle K will benefit from the legacy of customer service and community presence that our stores and people provided since 1958,” Roy Cole, president of Gonzales, Texas-based Johnson Oil, said.

Johnson Oil and its board, assisted by Corner Capital Advisors LLC, embarked on a scenario analysis of its strategic options for the company after the passing of its founder, Fletcher Johnson, in 2013. After reviewing options, the Johnson family decided a sale of its retail and dealer fuel supply assets was the appropriate path.

“Exiting a family business founded in 1958 requires thoughtful consideration," said Corner Capital founder Andy Weber. "We are extremely pleased that the family trusted Corner Capital and its team to assist and guide the company through the entire process."

The company’s 21 Tote stores operate throughout Central and South Texas, primarily distributing Exxon- and Chevron-branded fuels. The stores also offer proprietary foodservice under the Mama’s Kitchen brand, which will continue after the sale. The company supplies dealer accounts throughout Central, South and East Texas and also into Louisiana.

The company distributes approximately 200 million gallons annually of unbranded and branded fuels and lubricants, including Exxon, Chevron, Shell, Valero, Texaco, and CITGO. The company has retained its lubricants and commercial fuels business.

Another Johnson Oil for Couche-Tard