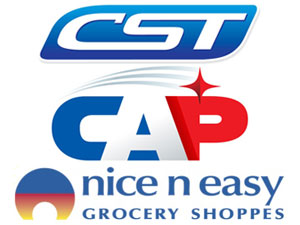 CrossAmerica will lease the acquired real estate to CST and will provide wholesale fuel supply to 24 Nice N Easy sites under long-term agreements. These 24 sites distributed approximately 40.3 million gallons in 2013.

"I want to welcome the dedicated employees of Nice N Easy to the CST organization," said Kim Lubel, chairman and CEO of CST Brands. "We have great respect for the business that Nice N Easy founder, the late John MacDougall, and his team built over the years and look forward to working with and learning from this experienced group."

The independent conflicts committee of the board of directors of the general partner of the partnership has approved the total consideration, subject to adjustment, paid by CrossAmerica for the assets. The partnership funded the transaction through funds available under its credit facility and CST Brands used available cash.

CST Brands is one of the largest independent retailers of motor fuels and convenience store merchandise in North America. Based in San Antonio, CST has nearly 1,900 locations throughout the southwestern United States and eastern Canada. In the United States, CST Corner Stores sell fuel and signature products such as Fresh Choices baked and packaged goods, U Force energy and sport drinks, Cibolo Mountain coffee, FC Soda and Flavors2Go fountain drinks. In Canada, CST is the exclusive provider of Ultramar fuel and its Dépanneur du Coin and Corner Stores sell signature Transit Café coffee and pastries.

CST also owns the general partner of CrossAmerica, a master limited partnership (MLP) and wholesale distributor of motor fuels, based in Allentown, Pa.