RICHMOND, Va. --GPM Investments LLC has expanded into the Midwest by officially taking ownership of 42 convenience stores with gasoline sales and one Subway location in Illinois, Iowa and Kentucky. 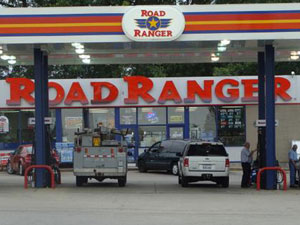 GPM, the Israeli-owned operator of approximately 600 convenience stores across 10 states, announced in December that it was acquiring the c-store assets of Road Ranger LLC.

GPM will initially operate these stores under the Road Ranger brand name and then transition them to one of its existing retail brands, such as Fas Mart, Shore Stop, Scotchman Stores, Young's, Li'l Cricket and BreadBox.

GPM has hired the Road Ranger employees at these stores, rhe company said.

"Bringing them into the GPM family was very important to our leadership team," said Mike Welsh, senior vice president of operations. Welsh, who hails from the Midwest, went on to say, "Expanding to this area of the country feels like going home for me and it will be a real pleasure to bring these stores into the GPM portfolio."

"We are very excited to continue offering the same great deals on fuel, snacks, beverages and more, while introducing our own loyalty and discount programs," said senior vice president of marketing Bill Reilly. "We will launch our fasCASHBACK fuel discount card at these Road Ranger stores, a program which is also offered at our Fas Mart and Shore Stop locations. This card allows customers to receive discounts on every gallon of fuel purchased, up to 20 cents off per gallon, when they open up an account with us."

Richmond, Va.-based GPM is one of the largest privately owned companies in the convenience-store channel. It also recently began operating eight One Stop Stores in North and South Carolina that were previously owned by Arey Oil. The stores are currently being rebranded as Scotchman. In addition to these eight stores, as well as the planned acquisition of 163 convenience stores from VPS Convenience Store Group LLC, which also was previously announced, GPM will widen its reach to more than 800 stores in a total of 14 states.