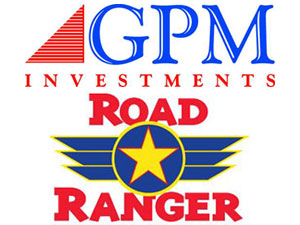 For GPM, the investment expands its portfolio, until now predominantly in the Northeast and Southeast, into the Midwestern terrain ripe with growth potential amid a highly fragmented field.

"This acquisition not only furthers our investment strategy in the Midwest, but also gives us diversity in both geography and fuel-supply economics," Chris Giacobone, COO of GPM Investments, told CSP Daily News.

Teasing more deals, he said, "I can't comment on any other potential acquisitions which may or may not be in our pipeline. [But] it is no secret that it is our goal to grow through acquisition. We have built a tremendous platform for continued growth, and we continue to evaluate deals on a daily basis."

For Road Ranger, the divestment allows the Rockford, Ill.-based chain to focus on a network of more than 30 truckstops across six states.

"Road Ranger is moving forward as a dedicated truckstop and travel center retail operator," company president David Saporta told CSP Daily News. "We have a well-defined vision and strategic mission for our growth and continued development in that industry."

He continued, "The divestiture of our gasoline convenience stores is aligned with and helps accelerate the realization of that vision and mission. We do not have any plans or intentions to operate gasoline-only convenience stores in the future once this sale transaction is completed."

Road Ranger plans to invest in the travel center business, with acquisitions and ground-ups planned in the near future in Texas and Illinois, Saporta shared.

Raymond James served as financial advisor to Road Ranger for the deal.

As for GPM and its Fas Mart-lead convenience store chain, the move furthers the company's aggressive growth strategy.

In June 2013, GPM announced the acquisition of 263 stores from VPS Convenience Group. Closed two months later, that sale made GPM one of the largest privately owned companies in the c-store channel.

The Road Ranger deal comes just two months after GPM said it would divest 16 non-core sites in five states. As for its operating plans, GPM says it will initially run these acquired stores under the Road Ranger brand name and then transition to one of its existing retail brands.

Also, as part of the transaction, GPM will extend offers to current operations employees of the Road Ranger c-stores, a move that both parties cited as important.

"Road Ranger, with its well-deserved reputation in the Midwest region, is a great fit for GPM, allowing us to broaden our exposure in the convenience and fuel channels of business," said GPM president and CEO Arie Kotler. "We are excited to maintain this path of expansion as an acquisition-based company, and we will continue to seek more opportunities to grow strategically."

Road Ranger's Saporta added, "It was … of the utmost importance that our employees of these 43 c-store locations would be offered continued employment with a highly capable and employee-friendly company that is committed to the c-store business. GPM has proven itself to be such a company."

With the deal expected to close by first-quarter 2015, GPM's portfolio will reach 621 units, including 115 dealer locations, and a new total of 11 states.