CARY, N.C. -- In a move that takes one of the biggest deals in the history of the convenience-store industry one step closer to fruition, stockholders of The Pantry Inc. approved the merger agreement and plan with a U.S. subsidiary of Alimentation Couche-Tard Inc. at a special meeting held on March 10 in Cary, N.C. 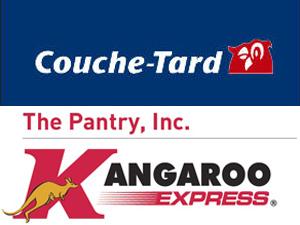 On Dec. 18, 2014, The Pantry entered into merger agreement with Couche-Tard U.S. Inc. and CT-US Acquisition Corp., with The Pantry surviving as a wholly owned subsidiary of Couche-Tard.

The $1.7-billion transaction remains subject to customary closing conditions, including the receipt of necessary governmental and regulatory approvals. The waiting period under the U.S. Hart-Scott-Rodino Act is scheduled to expire on March 12, 2015. The parties intend to close the acquisition as promptly as practicable after expiration or termination of the HSR waiting period, Couche-Tard said.

As reported in a 21st Century Smoke/CSP Daily News Flash, based on the tabulation of the stockholder vote, approximately 99% of the total votes cast were voted in favor of the merger. That represents approximately 84% of the total shares outstanding as of the Feb. 3, 2015, record date for the special meeting.

On the proposal to approve and adopt the merger agreement, stockholders cast 19,725,407 votes for the deal and 71,442 votes against the deal, with 34,806 abstaining, according to documents that The Pantry filed with the U.S. Securities & Exchange Commission (SEC).

Under the terms of the Merger Agreement, The Pantry's stockholders will receive $36.75 in cash per share, without interest, at the closing of the transaction.

The Pantry's stockholders also approved, on an advisory (non-binding) basis, the "golden parachute" compensation that may become payable to The Pantry's named executive officers in connection with the merger.

Laval, Quebec-based Couche-Tard operates a network of more than 6,300 convenience stores throughout North America, including approximately 4,850 stores with fuel dispensing. Its North American network consists of 13 business units, including nine in the United States (under the Circle K brand) 40 states and four in Canada (under the Mac's and Couche-Tard brands) covering all 10 provinces.