GARDENA, Calif. -- Last week's acquisition of the 130-store United Oil by affiliates of Fortress Investment Group underscored the convenience store industry's position as one of the hottest M&A stories in retail. 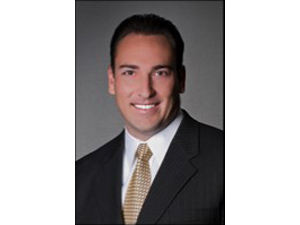 And the new man in charge of United Oil, Joe Juliano, said the company is looking for a few good acquisitions.

"If you want to exit or sell your business, we want to talk to you," he told CSP Daily News.

Juliano helped assemble the investment group that acquired United El Segundo Inc. and Apro LLC dba United Oil, Gardena, Calif., in a deal finalized in early July. The former group president of SC Fuels, one of the largest petroleum distributors on the West Coast, was looking to acquire a gas station/c-store business of his own. The group landed runner up on a few deals before it scored the winning bid for United Oil.

When asked what helped the investment group clinch the bidding war for United, Juliano pointed to a couple strengths: its capital partners--"our ability to write the check and close" --and the fact that the investment group truly appreciated the value of the existing assets. Fortress will serve as sponsor for the newly formed limited liability company, CF United LLC, which is now parent company of United Oil.

"The reason we were selected was our interest in acquiring a solid and scalable platform for growth," said Juliano. "From the management team to the staff, to technology, processes and controls--United possessed a winning combination of all those things."

The investment group was keen to keep the business intact, from staff to the existing infrastructure and platform. While former United Oil president Ron Appel and former vice president Jeff Appel left to pursue new opportunities, the chain is retaining everyone from its former general manager, Ken Strong, on down. Strong has been promoted to COO of United Oil.

"The quality of the team is exceptional," said Juliano, noting that with his background firmly in the distribution space, he values the great retail knowledge and expertise of the existing team. And it was their ability to transform United Oil into a top performing chain, with fuel volumes reportedly three times the market average and a 20% tobacco market share in its trade area, which made the retailer such a compelling acquisition.

He is also quick to give credit to the chain's former ownership for creating an outstanding company. "Ron Appel is really a pioneer in the Southern California retail gasoline market. He helped build it," said the exec. "And Jeff [Appel] grew this company into what it is today through his extraordinary vision and creative drive."

For the short term, the new United Oil leadership team is working to solidify its platform, making investments in technology and infrastructure to ready itself for growth. It plans to keep the United Oil brand--"we are very much attracted to that brand and its attributes," said Juliano--and wants to continue to grow with the Shell, Phillips 66 (76) and Valero brands.

The chain is currently developing its own store brand and identity package to replace the former "We Got It!" store brand. And with these tasks completed, United Oil will be looking to bring this winning formula to new sites.

"We are looking for great locations where we can acquire the property, implement United's proven operating model and make necessary improvements to the sites," said Juliano.

While he would not share specific growth figures, Juliano said United Oil plans to double its store count and dealer count in the next two to three years, with a focus on expanding into northern California as opportunities become available. It also plans to stretch into other Western states--Arizona and the Pacific Northwest--through strategic acquisitions. "As long as it has critical mass, we'll take a good hard look at it," said Juliano.

Part 2 of this report will offer details on the deal.