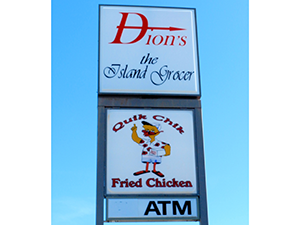 The purchase includes one new site under construction, as well as one grocery store.

The companies did not disclose the purchase price.

“Twenty years of my oil career has been spent building a family business, so it’s a sincere honor to acquire Dion Oil Co., which was established in 1948 and has been continuously operated by the Dion family,” said Steven Uphoff, founder in 1995 of the Uppy’s convenience-store chain (now Circle K stores) and former president and CEO of Southside Oil.

Sources close to Dion Oil told CSP Daily News that it is business as usual with the exception of the ownership change.

“We are extremely pleased that Uphoff Ventures is moving forward with this transaction, which continues the legacy of my parents,” Suzanne Dion Banks, CEO of Dion Oil, told the Times-Dispatch.

Banks, CEO since 2004, will serve as an adviser during the transition of Dion Oil Co. to Uphoff Ventures, said the report.

Concerning the acquisition and his ambitions for re-entering the fuel and convenience-retail channel through this Florida deal, Uphoff told CSP Daily News that the Dion’s acquisition was 11 years in the making, with Uphoff going through two previous contracts with the chain before owners of the 68-year-old, family-run business finally acquiesced.

“We continued to show interest and eventually put together a deal that gave everyone mutual benefit,” Uphoff said. “We’re familiar with the Keys and the south Florida market and see great opportunity to take the chain to the next level.”

He said the Dion’s Quik Marts name will remain the same, as will the Quik Chik brand for its fast-food chicken offer.

“Quik Chik is a prolific brand in that market, [outperforming] KFC,” Uphoff said. “In fact, it’s the only chicken retailer from Key West [north] to Homestead. We also intend to expand it to other stores.”

Uphoff’s plan is to use the stores as a launching platform.

“We’re looking to catapult ourselves to the next level and hope some folks come to us or for us to supply fuel, lease or buy sites,” he said. “We’re seeing what we can do to create momentum, grow market share and put our touch on assets to give them a high-end appearance and operation.”

He plans to initiate relationships with area fuel suppliers and hopes to reconnect with the jobber and convenience-store community through the acquisition.

Industry veteran John Carey, who joined Uphoff’s team in 2008, will serve as president of the company’s fuel and c-store operations, along with Mike Antus, another industry pro, taking on an executive advisory role.