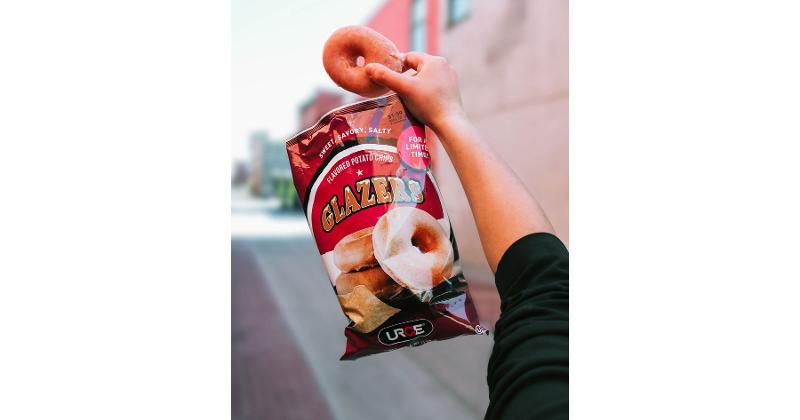 The sweet-flavored chips are the latest addition to Kwik Trip’s private-label snack line, Urge. Kwik Trip originally posted the idea of Glazers Chips on social media for April Fools' Day in 2016, and what started as a joke turned into reality after the company conducted a taste-testing trial. Glazers Chips are now available for a limited time, while supplies last, the company said.

“We’ll be shipping out more inventory over the next couple of weeks, but we only have limited quantities available,” a representative from the company said. “We can’t say for sure how long guests can expect to see [Glazers Chips] around.”

Glazers Donuts, which originated in 2003, are one of Kwik Trip’s house-baked items. Others include sliced and wrapped bread and muffins. All of Kwik Trip’s baked goods are made fresh daily at the company’s bakery facilities in La Crosse, Wis.

Kwik Trip, based in La Crosse, is a family-owned convenience-store chain operating more than 600 locations in Wisconsin and Minnesota under the Kwik Trip banner and Iowa under the Kwik Star banner. The retailer ranks No. 13 in CSP’sTop 202 rankingof the largest c-store chains in the United States.

How Kwik Trip Built a Healthy Food Culture Through PHA

Retailers Reinvent Themselves With New Brands