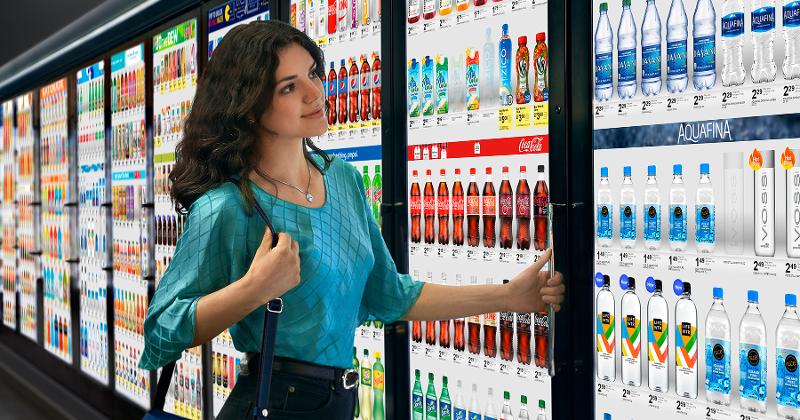 CHICAGO — Cooler Screens has closed a more than $80 million Series C funding round from Verizon Ventures, Microsoft’s venture fund M12, GreatPoint Ventures and a number of other investors to drive company growth and national expansion. Silicon Valley Bank also participated in the round by providing debt financing. The funding will allow Cooler Screens to bring its product to more convenience stores and other retailers.

Since its founding in 2018, the Chicago-based in-store digital media platform has raised more than $100M in capital, valuing the company at more than half a billion dollars. The most recent funding will advance Cooler Screens’ rollouts at several retailers, Privacy by Design initiatives and the development of its technology platform including its contextual advertising and digital merchandising capabilities.

“We’ve been in stealth mode since inception—learning, innovating and developing our platform to ensure we are effectively winning with consumers, brands and retailers,” said Cooler Screens CEO and Co-Founder Arsen Avakian. “These partnerships provide not only capabilities and confidence throughout the ecosystem but also immediate access to massive consumer audiences and a new digital media marketplace for top consumer brands.”

Earlier this year, Cooler Screens announced that Deerfield, Ill.-based Walgreens will expand its platform into 2,500 stores across the United States. The expansion, which is the largest installation of Cooler Screens’ technology thus far, is expected to reach more than 75 million consumers monthly, including 2.5 million in-store consumers on a daily basis at Walgreens alone. Cooler Screens is also working with a number of retailers in the grocery and c-store industry, including Kroger and GetGo, to bring a digitally enhanced shopping experience to the cooler aisle.

“Cooler Screens’ platform was founded on the core idea that bringing the power of digital to brick-and-mortar retail has the potential to fundamentally change the consumer experience for the better,” said Nagraj Kashyap, corporate vice president and global head of M12. “We’re thrilled to continue to support and partner with an exceptional leadership team that’s decidedly reimagining the retail product discovery experience.”