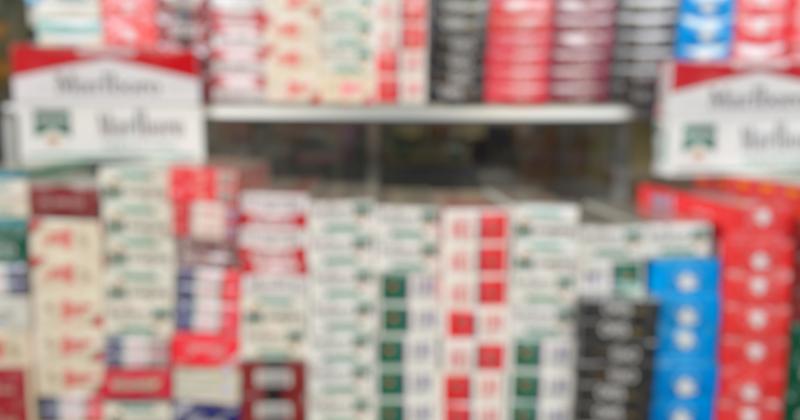 Industry analysts, however, said this process will be very lengthy—and there is a possibility that policy will not change for several years, if ever.

“While we see a very long and uncertain road to establishing a legally enforceable nicotine standard, we believe there is heightened headline risk, and the likelihood for a nicotine standard to ultimately be implemented exists,” Bonnie Herzog, managing director of New York-based Goldman Sachs, said in a  research note.

If the Biden administration implements a nicotine-reduction policy that it is considering, as reported by the Wall Street Journal, Herzog said she would expect cigarette volumes to decline dramatically and more people to convert to reduced-risk products and technologies.

Nik Modi, analyst at New York-based RBC Capital Markets, said in a research note that he’s cautious of becoming too invested in potential consequences at this time because nicotine regulation is just a consideration.

If the regulation moves to the next step, the U.S. Food and Drug Administration (FDA) would have to release a notice of proposed rulemaking and consider potential consequences. At a minimum, there is a mandatory one- to two-year delay between issuing a final rule and policy implementation, Herzog said.

The agency would have to consider whether lowering nicotine levels could cause increased consumption of reduced nicotine products, Modi said, and if illicit trade or unregulated home manufacturing would rise if the United States is the only market in the world that sells low-nicotine cigarettes.

This isn’t the first time there have been talks of requiring non-addictive nicotine levels in cigarettes at the federal level. The FDA’s comprehensive plan introduced in March 2018 under then-FDA Commissioner Scott Gottlieb included a proposal for gauging the achievability of any potential standard, Herzog said. Ultimately, the agency shelved those plans when Gottlieb left the agency in 2019.

In another tobacco-related note, the FDA is facing a deadline stemming from a 2020 lawsuit to respond to a 2013 citizens petition asking the agency to ban menthol in cigarettes.

“With the [premarket tobacco product application (PMTA)] process underway, it’s possible the administration believes it is now more feasible since there will soon be alternative, less-harmful products for adult smokers that have secured FDA authorization to realistically switch to (including IQOS),” Herzog said. “Also, given the fast-approaching [April 29] deadline for the FDA to disclose whether it will be pursuing a policy to ban menthol in cigarettes, we now think nicotine reduction may be what the FDA ends up focusing on.”

If the FDA does put out legislation to lower nicotine levels or ban menthol in cigarettes, tobacco companies will remain actively engaged, Modi said.

British American Tobacco (BAT), London, and Altria, Richmond, Va., could challenge or sue the FDA if they think the FDA isn’t acing in accordance with regulatory guidelines or overstepping boundaries, he said.

“Any action that the FDA takes must be based on science and evidence and must consider the real-world consequences of such actions, including the growth of an illicit market and the impact on hundreds of thousands of jobs from the farm to local stores across the country,” an Altria spokesperson told CSP. “Guided by the science, we will continue to engage in this long-term regulatory process.”

“BAT has a clear corporate purpose: to reduce the health impact of our business,” the company said in a statement. “We are aware of the speculative media reports on nicotine standards, but believe there are better tools for improving public health through the acceleration of tobacco harm reduction.”

“Tobacco and tobacco smoke contain thousands of chemicals. It is this mix of chemicals—not nicotine—that causes serious disease and death in tobacco users, including fatal lung diseases, like chronic obstructive pulmonary disease (COPD) and cancer,” the FDA said on its website.

The agency notes, however, that nicotine is what addicts and keeps people using tobacco products.