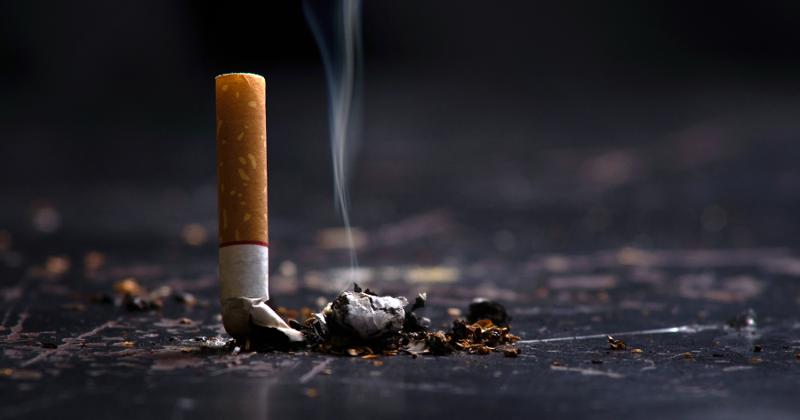 WASHINGTON — The Biden administration could release a proposed policy as early as this week requiring tobacco companies to reduce the nicotine in all cigarettes sold in the United States to minimal or nonaddictive levels.

The Wall Street Journal announced the proposal, citing people familiar with the matter, on June 10, noting that the policy likely would not take effect for several years. A U.S. Food and Drug Administration (FDA) spokesperson declined to comment Monday morning.

Similar to its efforts to ban menthol in cigarettes and flavors in cigars, to lower the nicotine levels in cigarettes, the FDA must publish a proposed rule and collect public comments before proposing a final rule.

Nicotine is a highly addictive chemical compound present in a tobacco plant, according to the FDA. Nicotine is what keeps people using tobacco products; however, it is the thousands of chemicals contained in tobacco and tobacco smoke that make tobacco use so deadly, the agency said.

“Lowering nicotine in cigarettes to a minimally or non-addictive level through the creation of a potential nicotine product standard could decrease the chances that future generations become addicted to cigarettes, and could make it easier for more currently addicted smokers to quit,” the FDA said on its website.

Some tobacco companies disagree, however, and in the past have asked the FDA to correct what it calls “nicotine misperceptions.”

This isn’t the first time there have been talks of requiring non-addictive nicotine levels in cigarettes at the federal level. The FDA’s comprehensive plan introduced in March 2018 under then-FDA Commissioner Scott Gottlieb included a proposal for gauging the achievability of any potential standard. Ultimately, the agency shelved those plans when Gottlieb left the agency in 2019.

Goldman Sachs, New York, said in a research note on June 13 that if a policy is implemented and nicotine levels in cigarettes are reduced substantially, cigarette volumes would decline dramatically. There are two points to keep in mind, however, Goldman Sachs Managing Director Bonnie Herzog wrote.One, the process will likely be very lengthy given the complexity of the issue, she said. And two, such a policy, combined with the FDA’s premarket tobacco product application (PMTA) objectives and a potential nationwide menthol ban on cigarettes and cigars, would likely serve to accelerate smoker conversion to reduced-risk products like modern oral nicotine pouches.