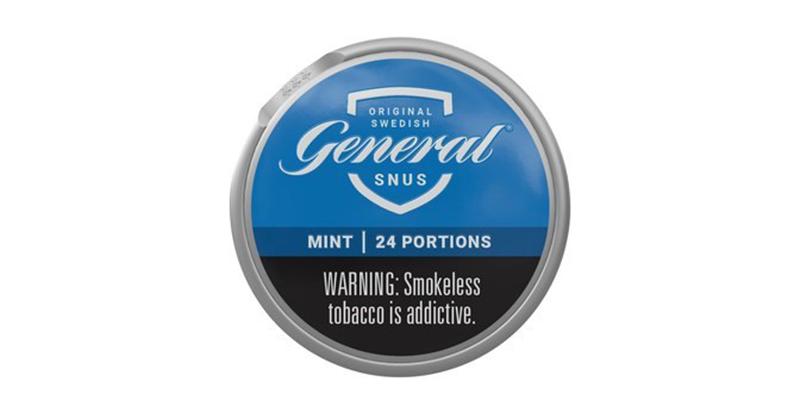 RICHMOND, Va. — For the first time, the U.S. Food & Drug Administration (FDA) has approved a modified-risk designation for a tobacco product.

The FDA on Oct. 22 authorized Swedish Match U.S. Division's amended modified-risk tobacco product applications (MRTPAs) for eight varieties of General Snus, making it the first tobacco product with the right to be marketed as a less harmful alternative to cigarettes.

"Today's decision is a huge accomplishment for public health in the U.S. and another step toward realizing our vision of a world without cigarettes," said Gerry Roerty, vice president and general counsel for Swedish Match's U.S. Division. "There are nearly 35 million adult smokers in the U.S., all of which have been led to believe the only way to reduce tobacco risk is complete abstinence. We now have the opportunity and responsibility to inform cigarette users who cannot abstain that General Snus can be a risk-reducing alternative. If that's enough to make even a percentage of them switch, we've made progress."

The modified-risk status classifies General Snus as a tobacco product that is sold or distributed for use to reduce harm or the risk of tobacco-related disease associated with commercially marketed tobacco products. The FDA also cleared Swedish Match's claim that using General Snus instead of cigarettes puts users at a lower risk of mouth cancer, heart disease, lung cancer, stroke, emphysema and chronic bronchitis.

The authorized claim allows Richmond, Va.-based Swedish Match to begin working to reduce misperceptions related to the risk of General Snus. According to the National Young Adult Health Survey, only 10% of respondents believed snus was less risky than cigarettes.

General Snus has already been tied to progressing the reduction of cigarette use in other countries, according to the company. In Sweden, widespread use of snus in place of cigarettes is believed to have helped the country achieve the lowest lung and oral cancer rates in men in Europe. In Norway, snus use rates among young women increased to 13% since its legalization in 2002. Smoking rates among young women dropped from 30% in 2001 to 1% in almost the same time span.

"Few products have a proven track record like General Snus," Roerty said. "And while we're hopeful it will benefit the U.S. population just as it's benefited Norway and Sweden, we want to be clear that General Snus reduces risk for individuals who use tobacco products. No tobacco product, including General Snus, is completely harmless, which is why youth and nontobacco users should not use it in the first place. Our goal is to help adult smokers by educating them, not attract new users."

Swedish Match sold its cigarette business in 1999, choosing instead to focus on alternative products believed to be less harmful. Fifteen years later, it is now the first company to successfully submit MRTPAs.

Swedish Match was also the first to receive FDA approval for its premarket tobacco application (PMTA) for General Snus in November 2015. The FDA ruled enough evidence demonstrated that the product was appropriate for the protection of public health.

General Snus, which originated in Sweden 153 years ago, is a smokeless, spitless tobacco product placed in the upper lip. It contains four ingredients: tobacco, water, table salt and flavorings, such as mint or bergamot oil.