JACKSONVILLE, Fla. — Swisher’s board of directors has named John Miller as its CEO, in addition to the role he currently holds as president.

Miller has been Swisher’s president since 2017, and previously worked as a senior vice president of sales and marketing with responsibility for its core tobacco and adjacency businesses. He joined Swisher in 2012 and has guided the tobacco company through strategic change, highlighted by year-over-year record-breaking growth, the Jacksonville, Fla.-based business said. 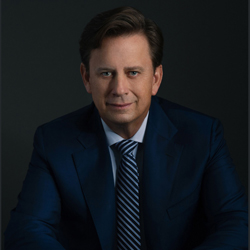 “A principled leader with a deep understanding of the adult consumer market, Miller has been instrumental in transforming the organization and refocusing priorities on growth and innovation. This includes the redesign of Swisher’s corporate brand identity in conveying the company’s purpose, mission and vision to reflect its guiding principles and strategic goals,” Swisher said.

In September, the company announced several changes including dropping the “International Inc.” from its name, restructuring its business lines and launching a new platform for trade partners.