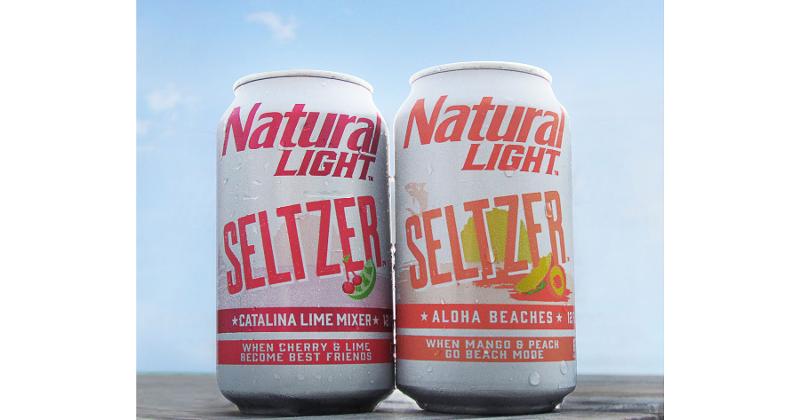 NEW YORK — On the heels of White Claw becoming the ready-to-drink adult beverage of summer 2019—shortages of the hard seltzer have been reported across the United States—Anheuser-Busch has doubled down, and may even triple down, in an effort to gain a foothold in the booming market.

A-B’s Natural Light Seltzer is an effort to put consumers in “beach mode” year round with the drinks available in Catalina Lime Mixer and Aloha Beaches flavors.

“The seltzer category is booming. It's part of a larger shift in consumption across America, and we believe it has tremendous staying power," said Ricardo Marques, vice president of core and value brands for Anheuser-Busch, New York. "We know plenty of Natty Light drinkers are also trying seltzer, so we want to meet that demand by bringing the fun of Natty into that space with an affordable price offering that fits their lifestyle.”

With A-B now considering a Bud Light hard seltzer, that would give the company a position in budget, premium and superpremium tiers of the hard seltzer market, a new way of looking at reaching fans of the new product segment.