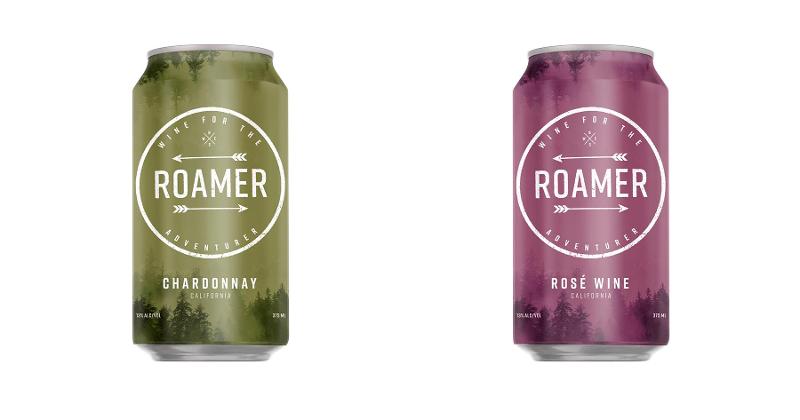 CHICAGO — When it comes to growth in the alcohol beverage category, it’s all in the can.

Canned wine and hard seltzer are bright spots for retailers seeking a boost in the face of sales declines in domestic and budget beer. Sales of canned wine rose 43% from summer 2017 to summer 2018, according to data from E. & J. Gallo Winery. Thanks to brand innovation, single-serve packages made up 20% of all c-store wine sales in 2018, IRI data shows. Seventy-four percent of single-serve wine purchases are made by millennials, according to Chicago-based IRI, revealing the generational appeal of offering wine in a more portable, single-serve format.

The buzz behind canned wine encouraged 7-Eleven to launch its own private-label brand, Roamer, in December 2018. Initially offered in 375-mL chardonnay and rose varieties, Roamer is a vehicle for reaching a wider range of wine drinkers, says Tim Cogil, senior director of private brands for Irving, Texas-based 7-Eleven.

“More people are bringing drinks to a beach, picnic, concert or campsite,” Cogil says. The first two Roamer offerings are now the top-selling items in the canned-wine category at 7-Eleven, he says. The retailer is also optimistic about consumer reaction to its recently launched Roamer Riesling Radler wine cooler, a canned blend of riesling, hops, malt and grapefruit flavors.

The upward trajectory of canned wine is guiding suppliers to innovate.

Officials from E. & J. Gallo Winery, Modesto, Calif., say a whole wine bottle “is a drag to many, as two-thirds of all consumers shift their drinking across segments—wine, beer, spirits and more.” It’s been a motivator for the wine industry to better innovate across aluminum cans, mini cans and Tetra Paks, according to the 2018 Gallo Knowledge Unearthed for Business Expansion (KUBE) Consumer Beverage Survey.

Gallo offers different packs for different brands: Tetra Paks across its Barefoot portfolio, 375-mL cans for Dark Horse and 250-mL cans for both Starborough and Prophecy brands. The price-point advantage is apparent: A 750-mL bottle ranges from $11 to $25, while canned wine is $4 to $7 per 375-mL can, according to Gallo.

Others have followed the granular data to better innovate. Among them is Sprizzeri, an Italian sparkling wine spritzer infused with herbs, flower blossoms and fruit juice; Latitude Beverage Co.’s Lila Bubbly Rose, available in cans; and Can Do’s self-named Can Do, offered in 375-mL cans and four-packs of dry rose and moscato.

In developing Roamer, 7-Eleven was moved to action by customers wanting “to grab quality wine on the go without having to carry around a bottle, corkscrew and glasses,” Cogil says. “Roamer is serving a different need for consumers and is not cannibalizing sales of the rest of our wine portfolio.”

This includes Yosemite Road, which was introduced nearly 10 years ago, and Trojan Horse chardonnay and pinot grigio bottled wines.

While 7-Eleven doesn’t share specific sales data, Cogil says sales of Roamer have grown steadily since its debut. “Our product originally tested higher than traditional brands in flavor and overall preference,” he says.

Package and price: Cogil cites IRI numbers revealing that the growth of canned wine in the U.S. has surpassed any other type of alternative wine packaging. Canned-wine dollar growth surged 54% last year—the highest of any alternative wine packaging, Cogil says. “So while people are historically accustomed to paying bottle price points, customers find Roamer to be priced at an average-to-value price point because of canned wine’s ever-growing popularity,” he says.

Promotional techniques: 7-Eleven offers a two-for-$9 daily promotion on Roamer, made more enticing by creative point-of-purchase collaterals in the refrigerated section, Cogil says. “Our canned wines are 375-mL—half a regular bottle of wine. This means consumers can get the equivalent of a full bottle of wine—sharing-ready—for $9,” he says.

In 2015, Boston-based Boston Beer Co.’s Truly brand team began testing alcohol versions of sparkling waters as a side project, attempting to develop something clean, crisp and sparkling like sparkling water, “but for times when you want to imbibe,” said Casey O’Neill, a member of the Truly Spiked & Sparkling innovation team, in a press release announcing the product.

“After much experimentation, we created the recipe and knew we had something refreshing with a hint of fruit but doesn’t fill you up or break the calorie bank,” O’Neill said.

Truly’s experimentation, which started in single-serve bottled format, was part of an unexpected boon for c-store retailers’ alcohol mix.

“We dabbled with hard seltzers in 2018 and then expanded them, while spritzers entered our stores this year,” says Terry Messmer, beverage category manager for Nashville-based Tri Star Energy, a chain of 89 Shell-branded Twice Daily and Tri Star Energy c-stores.

The beauty of hard seltzers is that the user profile is diverse. “Everyone’s drinking it: male to female and younger consumer to older,” says Messmer, who has seen strong sales from White Claw and Truly Spiked & Sparkling. “It’s trendy and new—and when it’s 90 degrees outside, people don’t feel like a dark or heavy beer,” he says.

Messmer says the sneaky success of hard seltzers means that “we needed to get our heads around this proposition because we’re selling far more than we had expected.”

“Our core audience has been millennials who seek single-serving portion size.”

Twice Daily juggled its plan-o-gram and right-sized cold vaults and beer caves to accommodate choice for all. “We actually expanded higher-end beer but cut back on slower-moving budget beers” to accommodate the hard varieties, Messmer says.

At Morton’s, an independent operator in Hallettsville, Texas, hard-seltzer brands such as Smirnoff Spiked Sparkling, Truly and White Claw have also been a surprise hit, says owner Randy Morton. He added hard seltzer to the store in 2018 and continues to expand space allocation with a smattering of new brands, including the recent Pura Still in bottles from Pura Beverage Co., Rochester, N.Y.

“We gave hard seltzers far more room that I’d anticipated—allocating at least 10% of overall cooler space, maybe more, to these brands,” Morton says. “It’s a home run to the point where it’s hard to keep them in stock.”

One aspect of hard seltzers that retailers are closely assessing is not only the universe of brands to integrate but also package-size strategies, price-point decisions and the monitoring of customer flavor preferences, which are often driven by seasonal consumption tendencies.

Customers are assessing whether to stay true to one hard-seltzer flavor or branch out to embrace four of each within the variety pack, as with beer brands that offer a multitude of variety packs.

Brand teams and retailers find there are staunch loyalties around a single flavor and also across brands. White Claw’s 19.2-ounce Black Cherry and Ruby Grapefruit flavors, for example, had the highest velocity of any single-serve hard seltzer in c-stores for the year ending May 19, 2019, according to IRI.

The White Claw brand has 66% share of c-store hard-seltzer sales, according to IRI. Sanjiv Gajiwala, vice president of marketing for White Claw Hard Seltzer, says flavor strategies are systematic and basic. “We test each flavor immensely before rolling out nationally,” he says, describing White Claw’s flavors as “less complicated than other brands.” Case in point: The newest variety, the limited-edition White Claw Pure, is described as having a “clean, superior taste” thanks to the manufacturer’s proprietary BrewPure process, which is based on establishing a plain variety (minus flavor) designed to serve as a base for other drinks.

Single flavors are sold primarily in six-packs, which generate higher margins. Twice Daily positions six-packs in its cold vault, while variety 12-packs are slated for beer caves. Messmer found there are customers who prefer a single flavor—such as White Claw’s Black Cherry—and will buy only six-packs of that variety for that reason. The benefit: Profit margins on variety packs are more than 20%.

Leading brands are making a point to highlight the lower calorie and sugar content of hard seltzers on the can—a crucial leveraging piece of winning the sale. Many consumers have also not yet hit a firm price breaking point on these products yet, thus making hard seltzer a price-elastic opportunity for retailers. Messmer says Twice Daily has established a price range of $14.99 to $17.99 per 12-pack, depending on the brand.

Discounting is minimal. “We’re selling variety 12-packs at superpremium beer prices,” Messmer says. “No one (customers) seems to be blinking, either. When we create a special display for hard seltzers, we might take 50 cents off an everyday price but never feel compelled to implement deep discounts.”

Morton, who generates margins in the range of 20% to 25% for hard seltzers—compared to 30% for craft beers and 8% to 10% for domestic beers—says most customers expect hard seltzers to be merchandised cold, unlike beer, where warm displays can be common.

Competition is only getting fiercer across both canned wine and hard seltzer, placing an onus on new brands to work that much harder to stake out territory.

Messmer says newer hard-seltzer brands “need to step up their game because, right now, it’s a three-horse race” between White Claw, Truly and Smirnoff. “Some of the emerging brands could try and ride the wave because hard seltzers are on fire,” he says.

Brands such as White Claw and Truly have worked hard to resonate with consumers across several levels, he says, from establishing a strong social-media presence to on-premise tasting events and even guerrilla marketing activation.

When Twice Daily experienced out-of-stocks on its top sellers—a problem early on, when retailers were sizing up demand expectations—this provided secondary brands a chance to step up and fill the void.

“We found that if we were out of one brand, customers would give trial to another,” Messmer says. Morton agrees. “With hard seltzers, you have to stand out in a multitude of ways,” he says. “And then you have a chance to not just survive but thrive.”

Wine In Cans: The Beverage Trend of the Year?