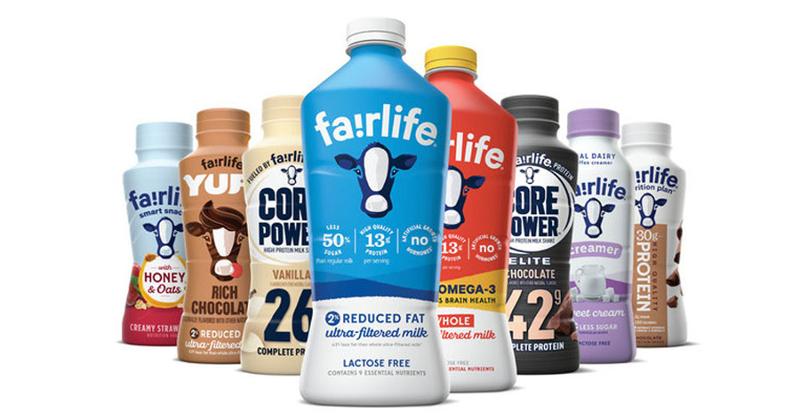 ATLANTA — The Coca-Cola Co. has full ownership of Fairlife LLC after buying the remaining stake in the company, known for its better-for-you milk products.

Coca-Cola previously had a 42.5% minority stake in Fairlife but took full ownership of the company to expand its total beverage portfolio. Fairlife will continue to operate as a stand-alone business based in Chicago.

Fairlife started in 2012 with a high-protein milkshake called Core Power and has grown to offer a portfolio of products including protein shakes, creamers and ultra-filtered milk. The company surpassed $500 million in retail sales last year, according to Nielsen.

“Our innovative product lines will continue to grow and improve with the strength and scale of The Coca-Cola Co.,” Fairlife CEO Tim Doelman said.

Value-added dairy products have been growing steadily in the United States in contrast to the traditional fluid milk category, according to Atlanta-based Coca-Cola. Recently, milk companies Borden Dairy and Dean Foods Co. filed for Chapter 11 bankruptcy.

“Fairlife is a great example of how we’re continually expanding our total beverage portfolio to bring people more of the brands they love,” said Jim Dinkins, president of Coca-Cola North America. “This agreement will help ensure that we continue to build on Fairlife’s innovative history by combining their entrepreneurial spirit and innovation capabilities with the resources, reach and expertise of Coca-Cola.”

Fairlife launched in 2018 in Canada and will begin local production and sourcing in Ontario in spring of 2020, as well as expanding production capability in the United States.

The company came under scrutiny after last year when reports of animal abuse at one of Fairlife's supplying farms surfaced. Coca-Cola hired a third party to conduct its own independent audit of Fairlife’s supplying farms, Dinkins said. Coca-Cola has also been working with Fairlife to ensure its supply chain has the strongest politics and practices to ensure animal welfare and worker care.

“We were—and still are—impressed by and supportive of the quick action Fairlife took to not just address the situation but to set out on a journey to continuously improve standards at their supplying farms,” Dinkins said.