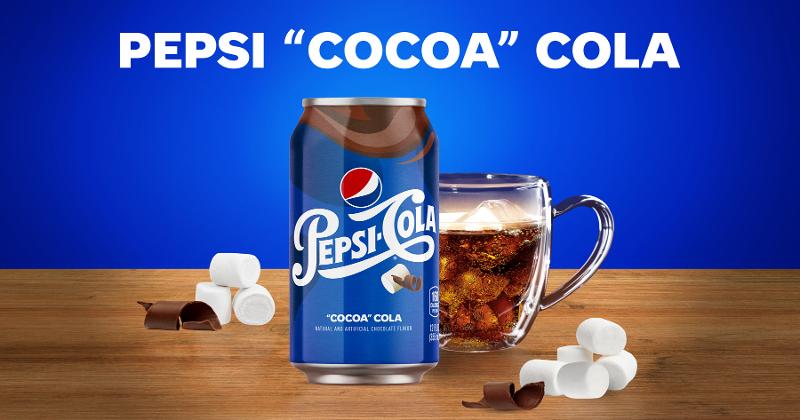 PURCHASE, N.Y. —PepsiCo is releasing Pepsi Cocoa Cola in winter of 2021. The drink is a blend of cocoa and a hint of marshmallow, mixed with Pepsi cola.

“There is nothing more classic than hot cocoa on a winter day, but this year has been anything but typical,” said Todd Kaplan, vice president of marketing at Pepsi. “So why not bring together the delicious taste of a Pepsi with the delicious, wintery taste of chocolate and marshmallow and bring some unexpected joy to our fans this season?”

The limited-edition flavor follows Pepsi Apple Pie, which was released this fall.

The Purchase, N.Y.-based beverage company promoted the drink on Twitter.

“What’s sweeter than saying 'bye' to the worst year ever? Pepsi 'Cocoa' Cola—the latest concept for the Pepsi Test Kitchen. Want to try to get your hands on it? 2,021 RTs and we’ll make a batch,” the company tweeted on Dec. 17.