DALLAS -- Two words former Starbucks president Howard Behar uses a lot are “dignity” and “respect.” Those words are the cornerstones of the culture he helped to build for the now-behemoth of a company, which had only 28 stores when he began his 21-year career there. When he left, it had 15,000 locations worldwide that employed 250,000 people. 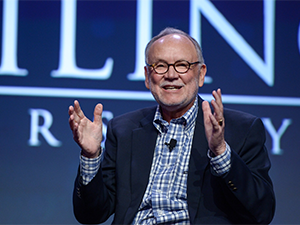 Behar knew the coffee had to be good, he said, but Starbucks’ mission statement goes beyond the coffee. The company wants to “inspire and nurture the human spirit,” too.

Over more than two decades, Behar absorbed—and passed along—a lot of wisdom about dignity, people and culture. In the opening general session of CSP’s Convenience Retailing University in Dallas, he discussed some of those lessons with Peter Romeo, director of digital content for Winsight’s foodservice group.