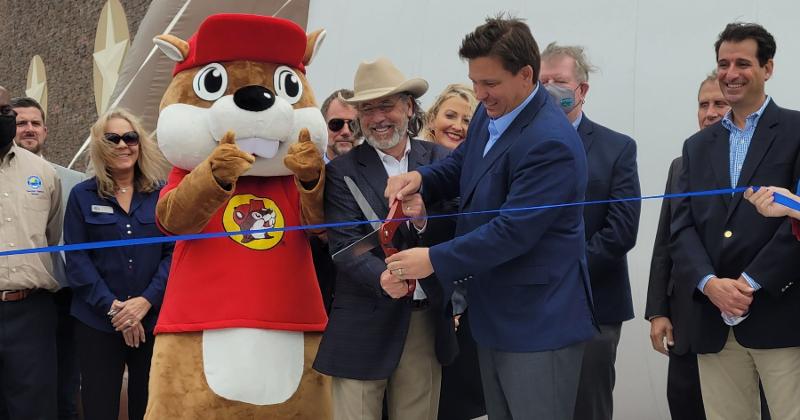 DAYTONA BEACH, Fla. — Florida Gov. Ron DeSantis attended the grand opening of the new Buc-ee’s convenience store in Daytona Beach, Fla., on March 22. He described it as the “Shangri-La of gas stations,” referring to its status as a paradise-like destination for travelers.

“As somebody who used to drive 95 up and down this congressional district and driven all over the state, I know my way around rest stops and service stations,” DeSantis said, according to a report by Florida Politics. “These bathrooms are the cleanest bathrooms you’ve ever seen in your life. It’s like a five-star restaurant in there. They really take pride in things and it really shows. It really makes a difference.”

“People want to be in Florida,” he said. “They’re leaving a lot of these failed states to come here.”

Lake Jackson, Texas-based Buc-ee's operates 38 locations in Texas, where it was founded in 1982. Buc-ee's Daytona Beach—first announced in 2017—joins Buc-ee's St. Augustine, which opened on Feb. 22, as the second of the chain’s two Sunshine State locations. The Florida outposts continue Buc-ee's multi-state expansion across the South, adding to one store each in Georgia and Alabama. Buc-ee's first travel center in South Carolina is under construction and is slated for opening in 2022.

The store will bring more than 200 new permanent, full-time jobs to the area.