Casey's also announced that it has signed commitments to acquire an additional 52 stores that it anticipates purchasing by the end of the calendar year.

"The solid first-quarter results demonstrate that Casey's continues to execute well on our strategic plan," said president and CEO Robert J. Myers. "In addition to rolling out our in-store redesign program, we are expanding Casey's footprint in the Midwest through acquisitions and construction of new stores. Our substantial progress to date, coupled with our robust acquisition pipeline, has us ahead of schedule in achieving our fiscal 2011 goal of increasing the total number of Casey's stores by 4% to 6%. With Casey's strong post-recapitalization balance sheet, we expect to continue executing our growth initiatives and driving shareholder returns, including increasing our dividend."

Gasoline: The quarter's same-store gallons sold were up 1.5% with an average margin of 16.4 cents per gallon.

"Our gasoline margin continues to benefit from a responsive pricing environment, which we expect to continue," said Myers. "Despite strong comparisons from a year ago, gasoline volumes and margins remain strong year-over-year. We're pleased to be ahead of our fiscal 2011 goals of increasing same-store gasoline gallons sold by 1% with an average margin of 13.5 cents per gallon. Given our gas sales volumes, Casey's is well positioned to benefit from the favorable trends in gasoline pricing."

Grocery & Other Merchandise: For the quarter, same-store sales rose 2.0% with an average margin of 32.8%. The margin was under pressure in the quarter due to a more competitive cigarette pricing environment, increased promotional activity in beverages and a higher LIFO charge.

"Sales in this category continue to be impacted by consumers trading down to less expensive items, and were also impacted this quarter by adverse weather in parts of our marketing territory," said Myers. "However, we are pleased with the upward sales movement we achieved each month as the quarter progressed."

The company's goal for fiscal 2011 is to increase same-store sales 6% with an average margin of 33.9%. Total sales were up 6.7% to $317.2 million. Gross profit increased 2% to $104 million, which includes a LIFO charge that was approximately $1.6 million higher than in the year-ago quarter.

Prepared Food & Fountain: Same-store sales increased 2.4% during the quarter, with an average margin of 63.8%. Same-store sales were affected by the broader economic conditions as customers continue to be price conscious.

"We are pleased that the margin in prepared food and fountain finished above our annual goal, despite rising commodity prices throughout the quarter," said Myers. "While we experienced a pull-back by consumers in some of the higher priced items within the category, we have recently launched numerous strategic value-oriented promotions to continue to drive sales."

"The increase was largely driven by an over 19% rise in credit-card fees and the expenses associated with operating more stores this quarter compared to the same period a year ago," said Myers.

Expansion: During the first quarter, the company began construction on 13 new stores and nine replacement stores, and acquired one store and completed one new-store construction.

"We are very encouraged by the acquisition environment and the fact that we have signed commitments for an additional 52 stores. This puts us ahead of schedule in achieving our fiscal 2011 goal of increasing the total number of Casey's stores by 4% to 6%, and we expect to announce additional acquisitions in the near future. We remain very optimistic about our future growth potential," said Myers.Casey's General Stores, based in Ankeny, Iowa, has 1,531 corporate stores in nine states.(Click here for previous CSP Daily News coverage of Casey's and Couche-Tard.) 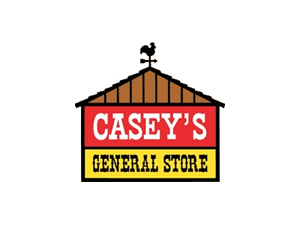 COVID-19 Tales From the Cold Vault