DALLAS -- Empire Petroleum Partners LLC has appointed Rocky Dewbre as the company’s new CEO. He will take over the position on Sept. 15 with the retirement of its current CEO, Hank Heithaus.

Dewbre joins Empire after serving on the board of San Antonio-based CST Brands Inc., which followed his positions as executive vice president of channel operations for Sunoco LP, Houston, and CEO of Susser Petroleum Partners LP, Corpus Christi, Texas.

He stepped down from the CST board in June following the closing of the company’s acquisition by Alimentation Couche-Tard Inc., Laval, Quebec.

Also in June, Empire entered into an agreement with Couche-Tard’s Circle K Stores Inc. and CST to acquire 70 Corner Store gas stations, the largest acquisition in the company’s history.

"I am excited to join Empire and look forward to continuing to build a team focused on serving customers and the continued growth of our business," Dewbre (pictured) said. 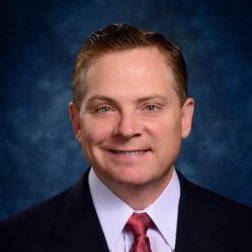 "We would like to thank Hank for his dedication to Empire over his tenure and are very proud of his contributions to Empire. In addition, we are very excited to have Rocky join Empire as its new leader," said Nandit Gandhi, chairman of the board of managers for Empire.

"We have experienced great growth over my time here, as the company has grown from 414 million gallons to over 1.2 billion gallons. I think that there is a bright future for Empire," said Heithaus.