TOKYO --Japanese retailer FamilyMart Co. Ltd. is closing all eight of its Famima!! convenience stores in the United States, is liquidating Famima Corp. USA and will withdraw from the United States, reported Japanese newspaper Nikkei. 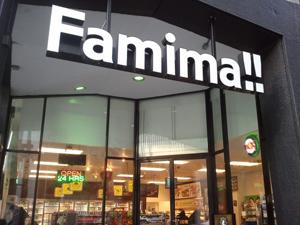 All of the convenience stores are located on the West Coast in the Los Angeles area, with headquarters in Torrance, Calif.

According to social media reports, the chain's Santa Monica, Calif., store closed in late September. LA Eater confirmed that the rest of the stores will close by the end of October.

When the chain opened its first store in 2005, FamilyMart said it had plans to open as many as 200 stores in the United States within four years. Between 2005 and 2013, it opened and closed a handful of stores, ending to with the current eight locations.

As recently as 2014, the company still said it planned extensive international growth, including in the United States.

The expansion did not materialize, and FamilyMart will concentrate its resources on opening stores in Asia, the newspaper said.

The company did not respond to CSP Daily News requests for comment.

The chain's product lineup focuses on fast-food items, ready-to-eat products and health sandwiches. The stores feature "characteristically Japanese high-quality products, services and hospitality," Famima said on its website. "We aim to meet the expectations of our fashion-conscious customers in the local area." The stores offer traditional Japanese c-store staples such as omusubi and onigiri rice balls, bento box lunches and sushi. The stores also feature wireless Internet access, an ATM, a copy machine and an eat-in area.