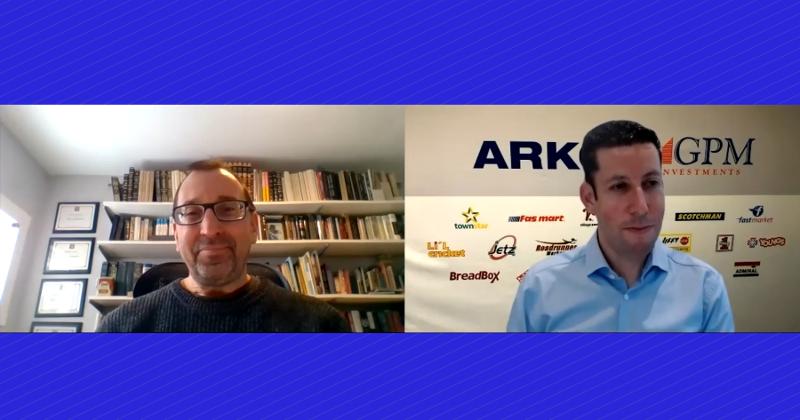 The Richmond, Va.-based company has purchased 18 companies since 2013—some with employees who have been in the industry longer than Kotler has been alive. And after years of acquiring retailers and maintaining their brands, GPM Investments is now ready to build its own retail legacy through a series of store remodels and foodservice investments.

When GPM Investments acquired 273 c-stores in Texas, Oklahoma, Louisiana and Arkansas from E-Z Mart Stores Inc. in 2017, Kotler, who was 44 years old at the time, said he met an employee who had been working at the company for 45 years.

“It was a little bit funny to deal with that,” Kotler told Winsight Vice President of Retailer Relations Mitch Morrison in a virtual Talks From the Top interview for CSP’s CRU Community. “We usually keep the brand, keep the people, by the way—which is very, very important to most of those families. And I think that’s probably the difference between us and others, that we keep those brands.”

“All of those brands represent a lot in the community that they operate,” Kotler said concerning why GPM keeps store’s brand names. “And we didn’t see any reason whatsoever to take it away. We feel that all of those brands have a lot of equity.”

The company plans to remodel about 360 of its sites over the next three to five years. Those changes could include a facelift or investing more in foodservice, Kotler said. GPM also recently opened a new prototype store in Virginia and plans to rollout another 10.

Even as GMP expands new prototype stores, though, it is still focused on family business. Kotler said GPM will hold company owners' hands through the acquisition and sell process, because it can be a tough transition to sell a business that's been around for generations.

“All of those brands mean something very important to them, which is basically their legacy,” he said. “And I can assure you that as a company we will keep their legacy."