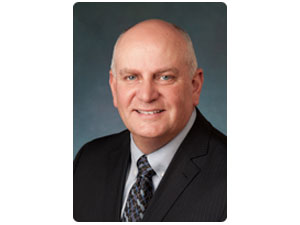 "Whitcomb brings a deep understanding of our company through his 30 years of working with Irving Oil in his role with Deloitte [Canada]. He is deeply committed to our success and has worked closely with many at Irving Oil, helping to guide strategy and keep our company focused on its goals," the company said.

"Irving maintains a broad perspective on our business, having grown up in the refining and marketing business. Recently, Sarah completed her MBA and has returned home to Saint John to contribute to our company’s success as a senior leader," said the company.

Mark Sherman will assume the role of vice president and chief operating officer for Irving Oil.

Sherman is a proven leader and has been an integral part of Irving Oil’s leadership team as general manager of refining and supply, and he has been with the company since 2008.

The appointments come as Irving Oil is defending itself against a $50-million breach of contract lawsuit filed by former president Mayank (Mike) Ashar, who claims he was pushed from his job in 2013 by a "poisoned work environment," spied on after he left and then cheated out of millions of dollars in incentive pay.

"We will vigorously defend this action as we have treated this employee fairly and respectfully, and we believe that his claim will be ultimately found to be without merit," the company said in a statement.

Ashar was replaced by Paul Browning, who left the company last August, reported CBC News. The company has offered no details about the reason for his departure, said the report.