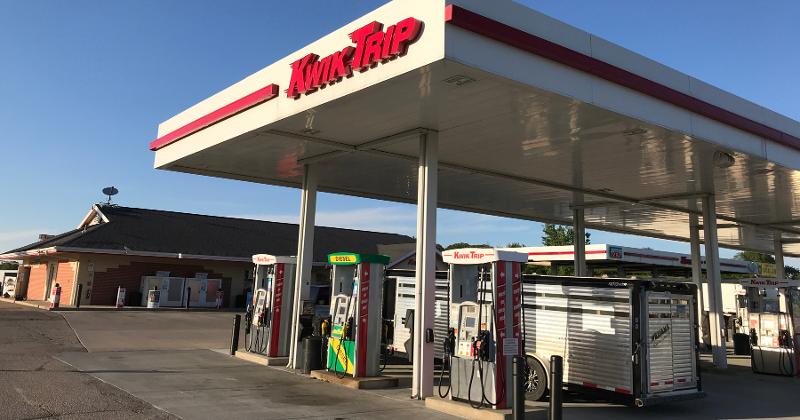 “Kwik Trip is a Wisconsin success story,” said Missy Hughes, secretary and CEO of WEDC. “While most of us are familiar with Kwik Trip for its retail operations, the company continues to grow its manufacturing and supply chain base in our state, which is creating hundreds of jobs and new investments even faster than anyone could have anticipated.”

La Crosse, Wis.-based Kwik Trip, which operates 456 stores in Wisconsin and is known for creating its own line of food products, was awarded up to $21 million in tax credits in 2017 for its expansion. At that time, the company anticipated hiring at least 329 new workers and investing at least $309 million in the project, and WEDC created an Enterprise Zone to assist with that growth.

So far, the company has created 527 jobs and spent more than $230 million in capital investment. Because Kwik Trip is exceeding the goals of its Enterprise Zone, the WEDC board recently voted to amend Kwik Trip’s contract to make it eligible for an additional $5 million in tax credits. The actual amount of credits to be awarded will depend on the number of jobs created and amount of capital invested.

“Our work with WEDC has helped Kwik Trip’s growth and ability to provide excellent job opportunities. The strong demand for our products has allowed us to expand even more than originally planned,” said John McHugh, director of public relations for Kwik Trip.

Kwik Trip is now forecasting that the project will result in the creation of 662 new full-time jobs and a capital investment of more than $378 million. That does not include jobs or investment at its retail stores.

During the COVID-19 pandemic, Kwik Trip accelerated some of the work on its support center and commissary campus to meet growing consumer demand for some of its food products. The company now needs to expand several of its La Crosse facilities to continue to grow.

Kwik Trip is a family-owned company that serves customers in Wisconsin, Minnesota, Illinois and Iowa with 768 convenience stores under the Kwik Trip and Kwik Star banners and produces more than 80% of the products featured in the stores, supplied by its own commissary, bakery, dairy and distribution center located in La Crosse.