STATESBORO, Ga. -- Parker's has announced the opening of the company's new convenience store, in Statesboro, Ga., featuring the retailer's new drive-thru service for most of the products in the store. 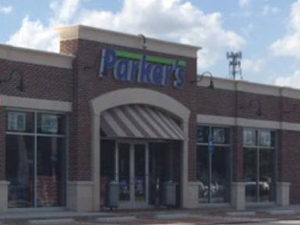 It is the company's 36th store in the Georgia and South Carolina area.

"It's a beautiful store, with a great Parker's team there led by our seasoned store manager, Jessica Teegarden," said Greg Parker, president and CEO of The Parker Cos., Savannah, Ga. "We're excited to be opening our fourth store in the city of Statesboro in the growing Bulloch County area."

The drive-thru service is a new concept for Parker's, and it is the first in the region for convenience stores, according to Brandon Hofmann, Parker's chief marketing officer. Hofmann oversees in-store design, signage, aesthetics, product selection, merchandising and product placement in all of the company's convenience stores and gourmet markets.

For fuel customers, in addition to Parker's standard line of regular, mid-grade and premium fuels which include 10% ethanol, the new store also offers diesel fuel and non-ethanol fuel, a favorite of boat owners.

For the company's adult customers, the store features Parker's Beer Cave, which offers a wide selection of domestic and imported beers kept at 28 degrees, as well as an extensive line of electronic cigarettes. Parker's also guarantees its adult customers interested in tobacco products "the absolute lowest cigarette carton prices," in the area, said Hofmann.

An official ribbon-cutting for the new store will be held July 10 to welcome local officials and the public, hosted by the Statesboro-Bulloch Chamber of Commerce.

"We're opening with an immediate 10-cents-per-gallon discount on all fuel types across Statesboro at our three Statesboro stores which offer our Parker's PumpPal Card program," Parker added. "Our PumpPal debit card provides consumers with discounts through the elimination of credit-card processing fees."

There are now almost 83,000 PumpPalCards registered in the area since the company launched the program. Parker's customers have saved almost $4 million as of June 2014, said Parker.