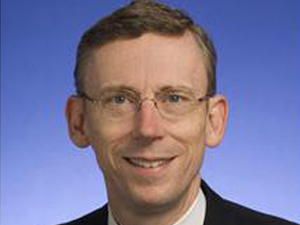 They have asked Thapar to reset a scheduled status conference discussing possible sentencing dates until Feb. 3, 2014.

According to court documents cited by the news outlet, "the status of this matter remains unchanged" and "neither party is requesting the court to schedule a sentencing date at this time."

Sources close to the investigation told WEWS that this is one indication that the federal probe into Pilot Flying J is taking longer than initially expected and that "tens of thousands" of documents obtained from the company still must be sorted through by federal prosecutors.

The "fairness review" of the proposed settlement comes as lawyers for some of the affected trucking firms have charged that the offer, with an estimated $40 million price tag, is far from adequate, reported The Tennessean.

"We have received the proposed class action settlement involving Pilot/Flying J, and we are reviewing using the same standards that apply to all other cases reviewed by the office," Cooper's spokesperson Sharon Curtis-Flair told the newspaper.

Aubrey Harwell, one of the lawyers representing Pilot, said the review by Cooper's office was mandated under the federal Class Action Fairness Act.

The settlement, which was filed in a suit pending in U.S. District Court in Little Rock, Ark., would pay trucking firms the amount that Pilot Flying J had withheld plus 6% interest.

The Knoxville, Tenn.-based company has been under investigation and more than two-dozen lawsuits have been filed since April 15, when agents of the FBI and the IRS raided its headquarters and seized documents, emails and computer files related to the alleged scheme to cheat trucking-company customers out of rebates due to them for purchasing diesel fuel at the chain's more than 650 truckstops.

Aides to Cooper told the paper that their office routinely reviews about 300 proposed class-action settlements per year under the federal law.

The settlement, which will be the subject of a Nov. 25 hearing in Little Rock before U.S. District Judge James Moody, was filed in a suit brought by a newly formed corporation headed by an official of the Arkansas Trucking Association.

Lawyers for trucking firms opposing the settlement have called that company, National Trucking Financial Reclamation Services, a "shell corporation," a charge disputed by Lane Kidd, the head of the Arkansas association, which counts Pilot as one of its members.

Kidd said in a statement provided to the Tennessean that he formed the corporation to represent trucking companies that did not want to be publicly involved in the litigation. He said he was "not motivated by any relationship with Pilot Flying J or any of its executives" and that he had never even met the company’s CEO, James A. Haslam.

According to Cooper's staff, the review must be completed by Oct. 25.