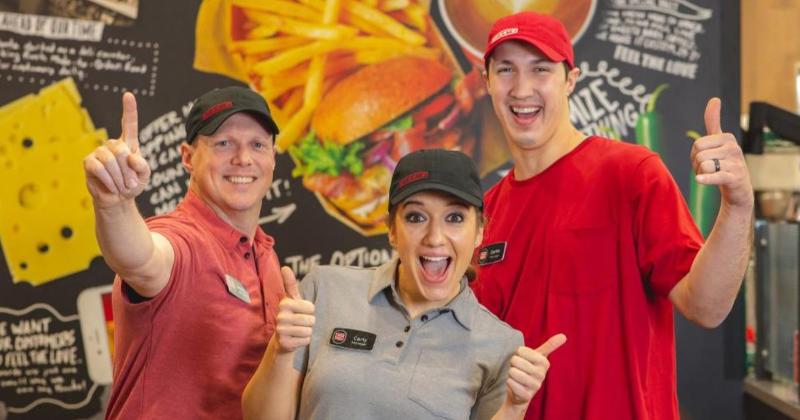 LYNCHBURG and FISHERSVILLE, Va. — Employees, especially nontraditional ones, come in all shapes, sizes and ages. Two recent examples, both in Virginia, illustrate how convenience stores can inspire passion in their customers, and vice versa.

CEO in the Making

Eight-year-old Dylan McCregor, a Lynchburg, Va., Sheetz fan, got a surprise from the c-store retailer after a video of him talking about his favorite place got some attention on social media, reported WSET.

Dylan goes to Sheetz every day with his mother, Tiffani. He gets the same thing every time, the report said: fries and a slushie.

Employees recently named Dylan the youngest Sheetz employee, and his mother created a video of him showing off his Sheetz swag and talking about some ideas he had for the store.

Sheetz Inc. Chairman Steve Sheetz saw the video of Dylan calling out order numbers with his Sheetz hat on. “I said: We’ve got to go see him,” Sheetz said, and he flew to Lynchburg from the retailer’s headquarters in Altoona, Pa., to see him in action.

Steve Sheetz and Dylan spent the day calling out orders together, swapping jokes and talking with customers. Sheetz gave Dylan $5,000 to spend on fries and slushies.

“I told him he's going to be the CEO and I'm going to be working for him someday,” Sheetz said.

Dylan says he does hope to work for Sheetz someday, but he's asking for only 50 cents an hour and an employee discount for food.

SO SWEET! This little boy LOVES the @sheetz on Lakeside Drive. Tiffanie McGregor says the workers even gave him his very own employee shirt! 😍https://t.co/XwkaqkCUHApic.twitter.com/zIMSHJq0je

Will Work for Bananas

Meanwhile, Orin Gilbert Jr., 95, arrives at the 7-Eleven in Fishersville, Va., every morning at 5 a.m., a habit he developed before retiring from the U.S. Postal Service, reported USA Today. He grabs a cup and starts checking the coffee carafe levels. He doesn't make the coffee—he just keeps an eye on it. Then he assembles pizza boxes. Next, he opens the cold vault doors and starts turning bottles.

Although he wears a 7-Eleven hat and jacket, he doesn't actually work at the store, the report said. And he doesn’t get paid—not with money, anyway, but in bananas and coffee.

“They got behind a couple times, so I said, 'Well, I'll start doing it,’ ” he told the newspaper. “I just helped out where I could.”

He's at the store six days a week. He goes to church on Sundays. He wants to make sure people start their day right, and he enjoys the company of the customers and employees, he said.

“It's just seeing the people and talking to them,” he said. “I know a lot about them and what's going on in their families. You learn a lot about people who come in here, like what their kids have accomplished.”

People notice when he's not there, the report said. Gilbert, who lives alone, tells store owner Tim Swortzel when he'll be out of town. If Gilbert doesn't show up and he's not supposed to be out of town, Swortzel will check on him. “He's just one of the family,” he told USA Today. “He's just a unique, interesting person.”

Rick Sizemore, a regular customer, sees Gilbert almost every morning when he gets his coffee. “I love this guy,” he told the paper. “He is what we all hope to become. He's a well-respected community leader.”