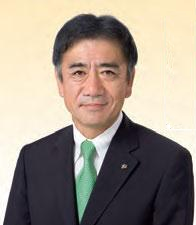 The promotion comes days after the conglomerate’s 83-year-old chief executive officer, Toshifumi Suzuki, announced his resignation. He had failed to win board support in his bid to oust 58-year-old Isaka, according to a Japan Times report.

Seven & i board members approved the personnel change at their meeting Tuesday. Seven & i chief administrative officer Katsuhiro Goto, 62, will be promoted to the newly created post of vice president.

In March, Seven & i set up a committee that includes outside directors to enhance transparency in personnel appointments, a step widely seen as a test case for Japan Inc.’s corporate governance, the report said.

Seven & i was established in 2005 as a holding company that has Seven-Eleven Japan and supermarket store operator Ito-Yokado Co. under its umbrella. It also is the parent company of Dallas-based 7-Eleven Inc., the largest convenience-store retailer in North America.