BENTONVILLE, Ark. -- Wal-mart U.S. will rebrand all its Express stores to Neighborhood Markets in an effort to streamline its retail offer, according to a report in the Arkansas Democrat-Gazette. 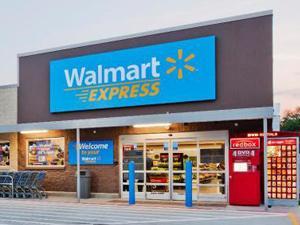 Citing an internal company memo from Wal-mart U.S.’ chief development officer, the newspaper reported that the Express moniker will be eliminated, with all new small stores in the future called Neighborhood Markets. The 21 existing Express stores will be converted to the Neighborhood Market banner in coming months.

"Wal-Mart's research into customers' habits showed that its small Express stores were serving the same purpose as its larger Neighborhood Market stores,” COO Judith McKenna said in the memo. “While testing the Express format, the company learned that customers rely mostly on the stores for grocery fill-in trips, last-minute dinners and prescription pickups,” McKenna said. “It's the same with the Neighborhood Market."

During the retailer’s most recent earnings conference call in mid-August, president and CEO Greg Foran said the company “continues to learn from our Wal-Mart Express format test and have seen continued solid comp-sales performance. We’ll continue to roll out this phase of our test, with approximately 90 stores expected to open this fiscal year.”

The majority of those new stores are scheduled to open in the fourth quarter of the year, he said.

Since 2011, Wal-Mart has opened about 20 of the pared-down Walmart Express stores in the range of 10,000 to 15,000 square feet in markets such as Chicago and cities in North Carolina and Arkansas. The chain still considers the concept as being in the test phase.

The rebranding apparently does not affect Wal-Mart’s smaller retail tests, including c-store-sized Walmart To Go and Walmart On Campus, stores as small as 2,500 square feet.

Why Convenience Stores are a Good Idea for Wal-Mart

What Keeps Wal-Mart Executives Up at Night?