Jeff Stevens, El Paso, Texas-based Western Refining's president and CEO, said, "Our second quarter was one of the best in our company's history."

Retail fuel sales volumes were up 14% year-over-year reflecting growth in the company's branded jobber and dealer business. Same-store fuel sales during the quarter were down about 2.5% year-over-year as a result of rising retail street prices on gasoline demand. Retail operating income was $38 million, up $8 million or 27% from a year ago driven by the incremental branded jobber and dealer volume.

"We are pleased with the second quarter and year-to-date results. We continue to increase refinery utilization rates and deliver gross margin improvements in excess of the market," said Greg Goff, president and CEO.

San Antonio, Texas-based Tesoro is an independent refiner and marketer of petroleum products. Through its subsidiaries, it operates seven refineries in the western United States with a combined capacity of approximately 665,000 barrels per day. Tesoro's retail-marketing system includes nearly 1,200 branded retail stations, of which more than 375 are company operated under the Tesoro, Shell and USA Gasoline brands.

Global Partners LP, a publicly traded master limited partnership based in Waltham, Mass., has reported financial results for the three months ended June 30, 2011. The net loss for second-quarter 2011 was $848,000. In second-quarter 2010, it reported net income of $3.2 million.

"An important contributor to our strong wholesale volume growth is our 2010 acquisition of gas stations and supply rights from ExxonMobil," said Eric Slifka, president and CEO of Global Partners. "When we purchased these assets last year, we announced an expected return in the mid-teens. To date, the acquisition has performed in line with our estimate. We believe that these are among the highest-quality retail gasoline assets in the Northeast. They have performed well, and we expect that they will continue to do so. In addition to the Mobil acquisition, volumes have benefitted significantly from our 2010 purchase of the Warex terminal assets as well as an increase in exchange and supply activity and strong demand for gasoline blend stocks such as ethanol." 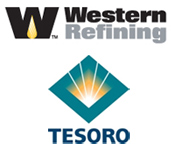