The summit is mainly about industry numbers, but it’s the people—both employees and customers—who make the industry as successful as it is. Understanding the generations among your workforce and consumer base is key to generating the numbers you hope to see on your own P&L. 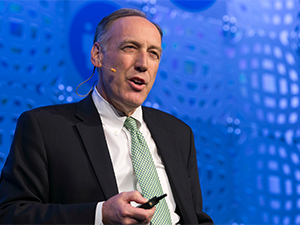 During his session, “Demographic Trends and Implications,” John Martin, CEO of GenerationsMatter and president of the Southeastern Institute of Research, greeted the  crowd with an affirmation: “You have your hand on a very important category: convenience.”

The industry has avoided disintermediation, he said, and throughout the years, “you have survived and thrived” for upward of 90 years.

What began in 1927 as the Southland Ice Co., providing ice, milk, eggs and bread, soon became a 24-hour opportunity. Then came drive-up service, followed by speed of service: in and out in 3 minutes. Self-serve gas was an innovation of the late 1940s, and the industry was also first to bring to-go coffee to the marketplace. Today, c-stores are working hard to corner the healthy fast-food market.

But what’s next, Martin asked: “How can you make sure that you are here for another nine decades?”

That answer lies within 10 major shifts facing American society. Understanding these shifts will give retailers a new lens on the future. But which shifts are tailwinds and which are headwinds?

Population growth: The United States is growing, with 323 million today and an expected 358 million by 2030. Growth is concentrated in the South—likewise a growing market for the c-store industry.

Population concentration: People are moving off the farm and into urban areas, driven by young professionals. More and more, people want to live near each other and work close to home. These areas are more concentrated zones where residents don’t have to get in a car for everything.

Diversity shift: Census data says that in 2030 the minority will become the majority of children. “This is the future,” Martin said, “and those kids will have babies, and 2043 is when the minority will be the majority. By the 2090 census, Martin forecasts, we will be asking, “Why are we even asking about race?” Immigration is fueling our growth and will reach an all-time high in 2025, with the Hispanic population projected to double by 2050—a huge market opportunity for the industry.

“How can you make sure that you are here for another nine decades?”

Age shift: Increasing life expectancy has created an unprecedented environment: five generations living at one time. “This has never before [been] seen,” Martin said. “The population pyramid for the United States is shifting [and] becoming a population rectangle.” What does it mean for the industry? For one, by 2030, two times as many seniors will be coming to your stores.

New households: Today, 28% of people are living alone and likely living in cities. This demographic is redefining the meaning of mealtime—and creating another opportunity for c-stores.

The new “fru”: Household incomes have been falling since 1999, and the wealth gap is increasing. Today, a third of America is in a “poverty” state, which leads to an increasingly frugal view of money. As a result, thrift stores are growing at 7% a year, faster than other retailer venues.

Tech and convenience: In 2020, Martin posits that half of us will work from home thanks to advances in technology. This “freelance world” will lead to reduced shopping trips. Today, 8% of all retail sales are online. In the future, spontaneous shopping trips will decline as digital, automated innovations increase, such as a “smart” refrigerator placing a grocery order at your local store when it sees you’re running low on eggs.

Personal mobility options: Transit passenger miles are at an all-time high, and shared uses of mobility—such as car sharing, bike sharing and services including Uber and Lyft—are increasing. In the future, driverless cars will be the norm; a future reduction in personal vehicle use could lead to a reduction in personal refueling needs.

Personal health care and well care: “Society is shifting from institutional care to personal care, and from sick care to well care,” Martin said. Employers are closely looking at what they are spending on health care, and society is seeing dramatic increases in chronic conditions. For example, obesity will affect 42% of the population by 2030.

Growth of purpose: Martin sees a further shifting of profits to purpose. Society in general is becoming more “hyperopen, even how our offices look.” Attitudes and beliefs are trending toward being more transparent and public. “We don’t trust people who are still private,” Martin said, “and as individuals have moved down this path, the organizations have followed.” As such, businesses should have a mission, values and, increasingly, a purpose—to answer not just the what, but the why. Consider IBM’s slogan, “Let’s build a smarter planet.” Martin advised attendees to focus beyond the bottom line and identify what else you represent.

These 10 shifts are leading to what Martin has dubbed the new 21st century mantra for society: the 15-minute livable community.

Understanding the generations can be a retailer’s Rosetta Stone for navigating these cultural and demographic shifts and becoming part of Martin’s 15-minute livable community.

As people go through the seasons of life, what’s important to them changes. You are your social self the first half of your life, while the second half of life is more internally focused. When you’re young, all experiences feel new and wonderful—and have lasting effects. These “wonder years” are critical because defining events during that time can shape deep-seated, shared values and form the archetype of a generation.

For baby boomers, their wonder years brought the advent of TV, Haight-Ashbury, the Kennedys, Martin Luther King Jr., Dr. Spock parenting methods, the space program, Archie Bunker, Watergate, Vietnam—all of which have driven an orientation of self-centeredness. Their generational values include control, a strong work ethic and optimism; they relish change and have led the country through major social transformations, including what it is like to grow older in America. A 15-minute livable community appeals to their desire to remain mobile and have access to services and each other.

Martin admitted that Generation X is not getting a lot of love: “You’re stuck in the middle.” For Gen X, the wonder years include the Challenger disaster, latchkey kids, the Cold War, the fall of the Berlin Wall, the arrival of computers, and the advent of CNN leading to a more global view. This generation is self-reliant, task-driven, independent and risk taking. These qualities empower great workers, who “get it done,” Martin said. “They pick up skills and put them in their pocket. … They will have 10 to 12 job during their lives and their average work tenure is three years.” With competency and skills trumping tenure and experience (unlike boomers), this generation works to live. Family matters, and this generation also wants 15-minute livable community—but for different reasons, including more time with their children and good neighbors.

Then there are millennials, a narcissistic bunch (but all young people are, Martin said). This generation’s wonder years include citizen journalism, internet, school violence, the Gulf War, the 9/11 attacks and multiculturalism. How they were raised has shaped this generation: Everyone is a champion, and overinvolved parenting has made them confident and civic-minded. Also, this generation was born with technology in their hands, and as a result they feel wired together, creating a new sense of self. For millennials, Martin said, “Many can only have experiences if they share them, leading to a new sense of a collective self.” This “we” generation—hyperconnected with a heightened sense of purpose (and slightly socialist)—has led to yet another interpretation of the 15-minute livable community: small apartments but big public spaces and a desire to want to share everything, including their cars.

Pivot to the Center

Where do these generational and cultural shifts leave retailers? “Reinvent for relevance,” Martin advised. “Use this new lens on the future to really change the trajectory to make sure you’ll always be successful.”

Think of yourself as a rural c-store, he said: “You serve critical community roles: services, convenience, pickup, post offices, a lifeline.” According to a NACS member survey, 81% of rural Americans say that a c-store is within 10 minutes of their home. These stores are community gathering places that provide essential services, including media, food, fuel, financial services and sometimes even mail pickup. Sounds like an ideal retail hub for the 15-minute livable community.

Consider this 15-minute livable community and position yourself for the future. Today, you’re a 24-hour one-stop retailer that primarily offers convenient access to snacks, beverages and fuel. In the future, pivot to become a 24-hour, one-stop neighborhood center with access to healthy food, beverages, mobility support and other local services.

Martin encouraged summit attendees to “reimagine your future and shift to a position where you are the center of it all” in that 15-minute livable community. Rediscover the industry’s roots. “Be the heart of your community,” he said. “That’s who you are.” 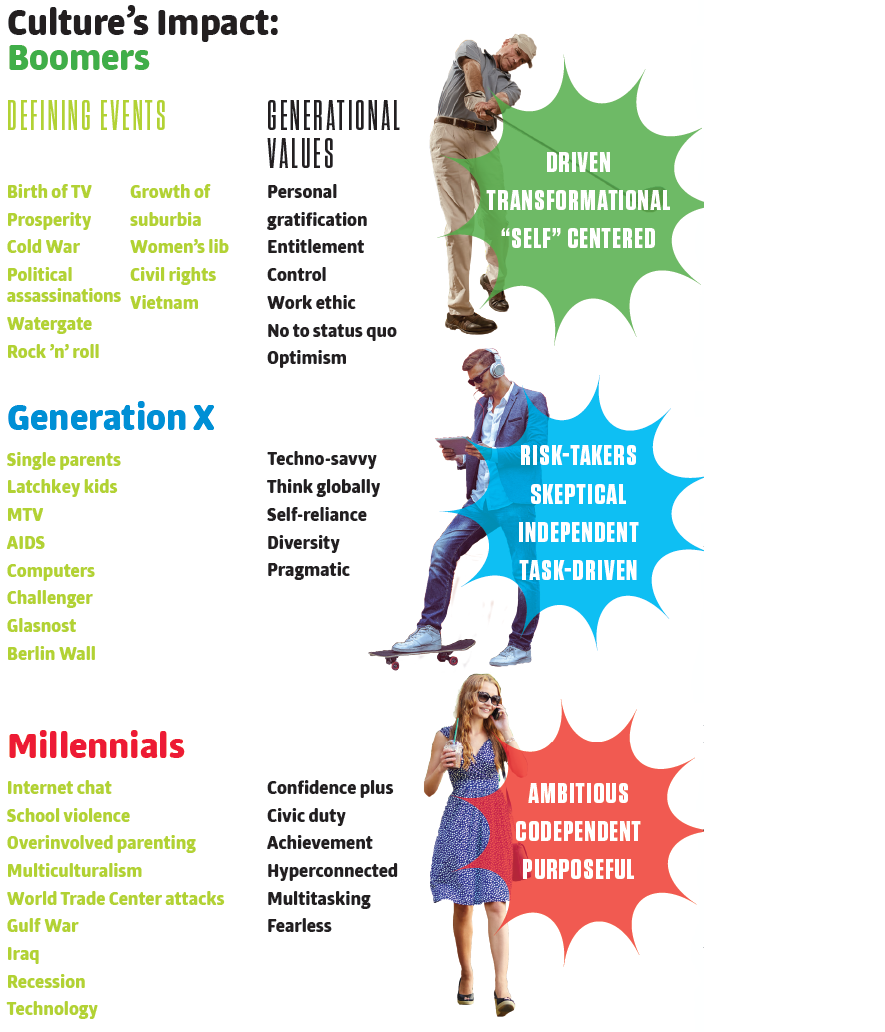