A customer wearing a greased-up, sleeveless undershirt walks into a convenience store. He proudly waves around his loyalty card, as if inviting someone to ask him about it. When someone finally does, the customer boasts that he received his loyalty card with a personal letter from the CEO himself. This, said Pat Lewis of KickBack Rewards Systems, is what loyalty is all about: Customers want to be appreciated. 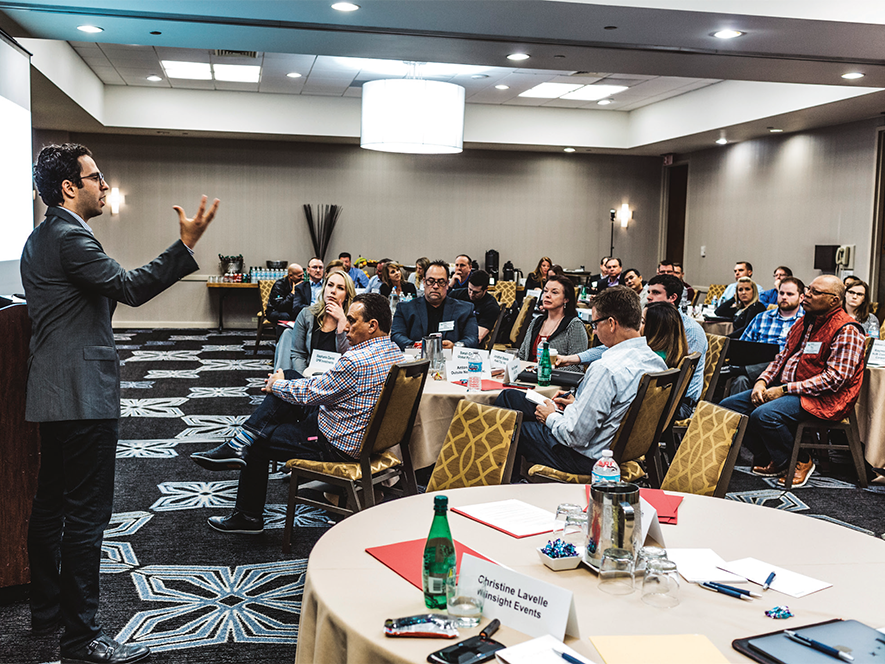 Lewis, CEO of the Twin Falls, Idaho-based loyalty-program vendor, shared this anecdote at CSP’s recent, inaugural Loyalty Forum to demonstrate how personally people feel about loyalty. But helping customers feel warm and fuzzy about spending their money is usually easier said than done, and it’s only half the battle in the war for more business. They also want to be rewarded with discounts and deals, or at least receive some form of VIP treatment.

This poses a problem for c-store operators: How do they meaningfully reward customers without undercutting their bottom line?

The 50 attendees at the Loyalty Forum, held March 28-30 in Chicago, spent three days exploring how to set up and maintain an effective loyalty program. By the end, a better picture of the wants and needs of consumers started to form.

No one feature will win the loyalty of all customers. Every loyalty program should offer different deals or discounts to different categories of customers, said presenter Zach Goldstein, founder and CEO of digital loyalty provider Thanx, San Francisco.

“Loyalty programs are important because 80% of revenue comes from just 20% of consumers,” said Goldstein. Identifying different customer segments and styling loyalty programs around individualized offerings for each segment are key. VIP customers, the top 5% to 10% of spenders, should be the target audience of any loyalty program. The main reason? It’s cheaper to get someone who already spends money at a store to spend more money at that location.

“It costs seven times more to secure a visit from a first-time customer vs. a repeat customer,” Goldstein said. Every group of VIP customers will want different things depending on the brand, but this group should be the focus when planning a loyalty program.

Retailers should also pay attention to other types of consumers, but with different goals in mind. For instance, it’s important for brands to identify first-time customers and what Goldstein referred to as “at-risk” customers, those whose average check size or number of regular visits to the retailer is declining. This usually means the store is in danger of losing the customer’s business. A surprise discount or free coffee might be just the thing to get them back.

This strategy raises the question of how to properly track and identify these consumer categories. Luckily, just about everyone carries a supercomputer in their pockets, and it’s important that loyalty programs are based on those mobile devices.

While getting a loyalty card mailed with a letter from the CEO will impress some customers, most have more of these plastic cards than they know what to do with. “Retailers coming in with a plastic-card program now are on the wrong track and are being left behind,” Goldstein said.

He cited the Thorntons app as a good example of a mobile loyalty program thanks to its simplicity, with locations, gas prices and digital loyalty as the main features. Thorntons also made recent program changes to further simplify its structure. The app now includes exclusive offers just for being a member, and it allows loyalty members to save more money the more often they visit.

Anton Bakker, president of Outsite Networks, Norfolk, Va., said app-based loyalty programs could help solve an emerging industry problem: Big product brands from tobacco to beverages are attempting to  bypass the retailer altogether these days with their own brand-specific apps and loyalty programs. (Read more from Bakker on this topic on p. 64.)

Retailers should embrace this new reality instead of trying to work against it, Bakker said. For example, they could provide brands with transactional and behavioral data, consumer identification and locations gleaned from store loyalty apps. In return, the big brands can provide predictive analytics, machine learning and segmentation that can give retailers insights to help them run their business smarter.

One reason consumer data is so valuable is that people rarely represent themselves accurately when asked about their behavior after the fact. Bill Hanifin, CEO of Hanifin Loyalty, Boca Raton, Fla., calls this  discrepancy the “say-do” gap.

“Consumers say they make purchase decisions on rational factors but are often swayed by unconscious emotional factors,” he said. This is not to say that all consumers become deaf to logic the second they walk through the doors of a c-store. Instead, Hanifin pointed to a quote from Jonathan Haidt’s book “The Happiness Hypothesis” to explain the phenomenon: “Our emotional side is the elephant upon which our rational side takes a seat.”

In other words, a person’s emotional side—the elephant—will mostly go where it wants, but the human brain onboard has some control. The key, according to Hanifin, is to connect to the customer emotionally, build on that connection, and then give them rational reasons to stick with that choice.

The best way to spark and build that emotional connection is through rewards or other positive reinforcement. Hanifin cited psychologist B.F. Skinner’s concept of “operant conditioning,” or changing behavior through reinforcement given after the desired response. In the context of loyalty programs, this means building that expectation of a free breakfast sandwich or a discount on their next fuel visit after they’ve made a specific purchase.

Earning a desired reward puts customers into a “positive feedback loop” of dopamine, Hanifin said. Essentially, they will associate those purchases with the good feeling from the reward moving forward.

Speakers at the Loyalty Forum all landed on a resonating theme: Successful and friction-free experiences are key to keeping consumers coming back for more.

The sign-up and redemption processes for loyalty programs should be as effortless as possible, or else the customer may grow frustrated with the program and lose interest before their purchase can be positively reinforced with rewards.

That customer who showed off the loyalty card that came with a letter from the retailer’s CEO will remember how good it felt to receive it every time he makes a purchase at those stores. His emotional side—the elephant—will always want to go back to that company. And as long as he is regularly rewarded and reminded of that positive feeling, his rational brain will continue steering him toward those stores.