As I stood in line at a 7-Eleven convenience store in late January, the customer in front of me turned around, bottle of kombucha in her hand, and asked, “Do you drink this healthy stuff?” 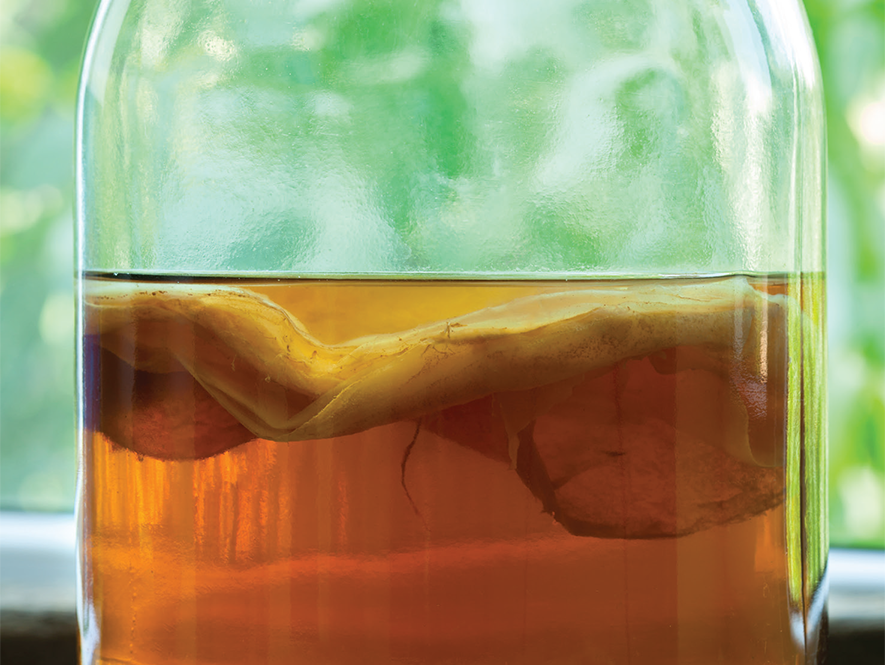 I shrugged in indifference and said, “I’ve tried it a few times.”

“Do you want this one?” she asked, handing me one of the two bottles she’d just paid $2.99 each for.

It was clear the woman had some connection to the beverage industry, possibly as a distributor or even a competing brand. But she declined my inquiries, leaving me with the ginger-flavored beverage and a word of advice: “Make sure you’re near a bathroom when you drink it.”

The experience illustrates the lengths beverage manufacturers will go to familiarize consumers with new types of drinks showing up on c-store shelves—drinks with higher-than-average prices and, sometimes, a bit of a learning curve.

These are just the most recent moves by the major beverage makers to improve sales through premiumization—from enhanced waters to craft sodas, through acquisition and innovation—of their product offerings. Take ready-to-drink coffee: According to IRI data, the subcategory saw volume sales grow 90% in convenience stores during 2016 as high-end brands—Caribou, Califia Farms and Lost Coast Roast, among others—entered the category. Similarly, premium brands such as smartwater, Fiji and Propel Zero, for example, are among the fastest-growing bottled-water brands in c-stores.

As if picking up on the momentum of imported and craft beers in recent years (higher prices, higher quality perception) and even energy drinks before that (higher price, enhanced experience), the nonalcohol category has increasingly found opportunities in premium beverages as consumers in the post-recession era seem happy to spend a little more for better quality. And for retailers, premium drinks mean higher market baskets and margins.

“I don’t think price matters for the most part,” says one c-store retailer on the East Coast who spoke on condition of anonymity. “A lot of CSDs are at the $2 mark now.”

Just about every category, from beer to soda and water to ready-to-drink coffee, is getting the premium turn, he says.

“I think people are being conditioned [to pay more],” he says. “Go to a concert, a ballgame, for the most part any event that is college or above.” Compared to what they charge for drinks, “we look cheap.”

Beverage-industry consultant Gary Hemphill agrees, citing the success of premium beverages since the economy began to improve following the 2008-2009 recession.

“Without strong consumer confidence, it’s difficult to market high-end products to most people,” says Hemphill, managing director of research for Beverage Marketing Corp., New York. He points to the emergence of energy drinks in the 1990s as proof of the potential. “It taught the industry that consumers will pay a premium for products that deliver a specific consumer benefit. Since their introduction, many new premium-priced categories and products have emerged that have experienced success.”

The trick for the retailer is to figure out where the premium product fits in a set and how to “stretch the cooler” to find room for the products. “We’re making sure it’s all guaranteed [by the manufacturer],” the retailer said, “so throwing the dice won’t hurt” if you can’t sell the product.

The most recent—and one of the most radical—efforts to develop a premium beverage comes from Nestle Waters North America, which recently reintroduced its Nestea iced tea brand with completely reformulated drinks and redesigned packaging. The dramatic changes are part of a concerted effort to move the drinks from a popular brand to premium.

“Nestea is among the most well-known beverages in the drink case today. Yet that is not enough,” said Cassin Chaisson, tea marketing director for Nestle Waters North America, Stamford, Conn., when the new teas were rolled out in February. “As consumers increasingly embrace simplicity and great taste in their beverages, we are committed to providing the finest ready-to-drink-tea options on the market.”

Meanwhile, PepsiCo launched its first premium bottled water—LifeWtr—in February with an ad during the Super Bowl. Little is said about the water itself in the ad, which instead projects feel-good imagery and a focus on the variety of artwork that adorns the packaging.

“We’ve worked hard to make a premium-bottled-water experience that combines the right mix of a clean, pure taste with eye-catching packaging and an authentic connection to the consumer,” says Brad Jakeman, president of the global beverage group of PepsiCo, Purchase, N.Y.

PepsiCo also has taken a leap into craft CSDs that feature quality ingredients and real sugar as a differentiator with Stubborn Soda, introduced in 2016. Two years earlier, PepsiCo rolled out 1893 Soda, a small-batch CSD brand named for the year Pepsi Cola was created.

“We use only quality ingredients and flavors, and we’ve worked hard to create the ultimate experience,” says Megan Gagnon, director of marketing for Stubborn Soda.

Coca-Cola got into premium drinks when it purchased glaceau in 2007 and added smartwater and vitaminwater to its lineup.

It has since moved into better beverages in CSDs, teas and juices, and it most recently bought a 30% stake of Suja Juice in 2015.

“Premium beverages appeal to shoppers in c-stores and are predicted to continue driving growth for the sparkling-soft-drink category as a whole,” says Clint McKinney, group director of category advisory for small store channels for the Coca Cola Co., Atlanta.

As the major players and burgeoning brands continue to upgrade the beverage category, expect the c-store industry to remain a crucial part of their strategy. “People will often introduce themselves to new products in single-serve formats before purchasing them in larger quantities for take-home,” Hemphill says, underscoring the importance of premium-product shelf space for both retailers and beverage makers alike.

Argo Tea began life in 2003 with its own cafes in Chicago. And when it chose to bring its high-end teas to retail two years later, founder and CEO Arsen Avakian very specifically chose to zero in on convenience stores rather than grocery for the rollout.

“We focused on c-stores from the beginning because they are the ideal place to get cold single-serve bottles in front of a broad consumer base,” he said. “We were fortunate enough to work with fantastic partners that believed in the idea of a premium RTD tea.”