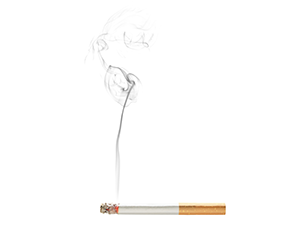 The agenda behind many of these proposed ordinances is prohibition. This can be seen in the type of restrictions being proposed, such as flavor bans. It is important to note that these prohibition-type ordinances are now aimed at adult tobacco use, as opposed to the past when the ordinances were proposed to prevent youth from accessing and using tobacco. This is why retailers and adults need to become engaged to oppose these kinds of restrictions.

It is critical that local elected officials hear from their local businesses. Retailers have more influence on the action of a city council or county board than outside industry members.

Here are some hot-button areas on which to focus your attention:

Social sources. One of the key points that needs to be communicated to local lawmakers is information about social sources: siblings, parents, older friends and even strangers that underage youth rely on to obtain tobacco products.

Anti-tobacco advocates are fully aware of social sources but choose to ignore them, because it is much easier to lobby for more restrictions on local retailers than to change the behavior of adults so that they do not supply youth with tobacco products.

Even the Food and Drug Administration (FDA) has confirmed through a study that social sources are a significant source of tobacco for youth. The initial findings of the Population Assessment of Tobacco and Health study show that minors rely on social sources an average of 80% of the time to obtain tobacco.

Trends. One of the major local regulatory trends is a ban on the sale of flavored-tobacco products. Local governments have adopted flavor bans in seven states, including California, Illinois, Massachusetts, Minnesota, New York, New Jersey and Rhode Island.

In addition, an increasing number of cities in these states have adopted an age requirement of 19 or 21 to buy tobacco products. Towns and counties in Arizona, Florida, Idaho, Illinois, Kansas, Massachusetts, Missouri, New Jersey, New York, Ohio, Utah and Washington have approved these higher-legal-age requirements. This is in addition to statewide laws in California and Hawaii that raised the legal age to buy tobacco products to 21.

FDA regulations. The release of the FDA deeming regulations will only speed up the number of local ordinances, because anti-tobacco advocates wanted the FDA to ban the sale of flavored-tobacco products and issue more restrictive regulations on e-cigarettes. The FDA has not done that because the agency wants scientific data from long-term studies to support further bans or restrictions on these products.

The problem is these anti-tobacco advocates and elected officials are not willing to wait for the FDA to act. The real irony, however, is that passing these local restrictions generally will not reduce or prevent youth from accessing or using tobacco products because the vast majority of retailers abide by the law and prevent the sale of tobacco to minors. The high level of reliance by youth on social sources for tobacco products is the real issue that lawmakers need to address.

In response to the multiplying number of local tobacco ordinances around the country, NATO and Swedish Match have created a new website that will serve as a resource center for retailers and local elected officials alike. This new website, tobaccoordinances.info, is known as TOTAL, which stands for Tobacco Ordinances: Take Another Look.

Local lawmakers need to understand that retailers are part of the solution to curb underage youth from accessing and using tobacco products, and that there are alternatives to consider rather than the adoption of more restrictions or prohibitions on the sale of legal tobacco products.

Retailers need to become involved when a local ordinance is proposed in order to protect their business and the right of their adult customers to buy legal tobacco products.

Thomas Briant is executive director of the National Association of Tobacco Outlets (NATO). Reach him at info@natocentral.org.