When the U.S. Food and Drug Administration (FDA) announced its final deeming regulations for electronic cigarettes, cigars, pipe and hookah tobacco, manufacturers and retailers had plenty of concerns, from the costly premarket tobacco application (PMTA) process to the lack of an exemption for premium cigars. 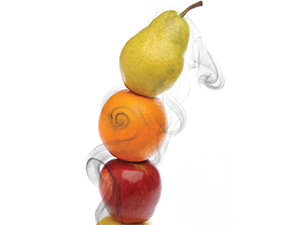 As it turns out, it could have been even worse.

In the final deeming rule, released May 5, manufacturers of newly deemed products were given 12 months from the date the rule goes into effect (Aug. 8, 2016) to submit a substantial equivalence (SE) application and 24 months to submit a PMTA. However, the version of the regulations submitted to the White House would have given flavored tobacco and vapor products only 90 days to submit these applications—a hurdle the FDA itself acknowledged would “significantly impact the availability of flavored tobacco products, at least in the short term.”

Jeff Stier, a senior fellow at the National Center for Public Policy Research and a vaping advocate, wasn’t surprised to learn flavors had been targeted by the FDA, based on his meetings with the White House Office of Management and Budget (OMB) last fall. Though he did not have a draft of the final deeming regulations, he noticed a distinct change in the OMB officials’ demeanor when he brought up flavors.

“They had a very good poker face, until I mentioned flavors,” he says. “I thought, ‘Oh no, this must be in the rule.’ ”

Stier says OMB officials went so far as to ask him to send data supporting the importance of flavors—data the White House seemingly took into consideration, because it deleted the 90-day flavored-tobacco-application clause from the final deeming rule.

As a former policy analyst for the White House Office of Information and Regulatory Affairs (OIRA), Andrew Perraut believes the White House likely took a different view of the consequences of a flavor ban. While the FDA must first and foremost consider public health, the White House—led by OMB and OIRA—takes a much broader approach.

In the initial version of the deeming regulations proposed in April 2014, the FDA did not include specific action on flavored products. This meant the public was not given the opportunity to comment on that aspect of the regulations. The omission, Perraut says, potentially violates the Administrative Procedures Act (APA).

“I suspect a determination was made—possibly in consultation with the Department of Justice or White House counsel—that the litigation risk for that was too high,” he says.

But while “White House Saves Flavored Tobacco” makes for a catchy title, Stier and others have cautioned not to break out the bubbly just yet.

As Stier points out, the White House action merely means the FDA cannot pull flavored products off the market 90 days after deeming goes into effect. But there’s nothing that explicitly prohibits the FDA from refusing to approve any SE or PMTA application for a flavored product.

“I don’t believe it’s the role of OMB to change the intent of the FDA,” Stier says. “Now OMB has restricted FDA: If they’re going to ban flavors, instead of doing it in August, FDA is going to have to do it as part of that PMTA process.”

It’s an option Mitch Zeller, director of the FDA’s Center for Tobacco Products, has indicated is very much under consideration.

During a media briefing, Zeller described the PMTA process as a tool to deal with the potential risks of flavors, saying “on an application-by-application basis, the industry is likely going to have to address the impact of initiation of their products based on the presence of particular flavors.”

Though he acknowledges that Zeller has been “pretty aggressive” in his statements on flavors, Perraut says the White House will likely still play a role in the PMTA process.

Specifically, the FDA will need to draft and issue additional guidances on how the PMTA pathway will work—guidances that will be subject to White House review.

“In terms of how FDA intends to enforce the premarketing requirements, they have been extremely nebulous,” he says. “If they don’t [issue additional guidances], I imagine that they are exposing themselves to charges that they are being arbitrary and capricious.”

Which isn’t to say that the White House would oppose future actions on flavors.

“I don’t think it’s possible to read too much more into that deletion other than the fact that it was going to be subject to a legal challenge,” Perraut says. “It’s too early to speculate where folks are on [flavors].”

Except, perhaps, where Zeller and the FDA are.

“What’s really going on here is the FDA already has a position on flavors: They’ve got to go,” Stier says.

While Zeller and tobacco control advocates frequently cite high youth usage rates as a major reason why flavored products should be banned, advocates such as Stier point to the role flavors play in cessation.

“We’re beginning to see scientific data pointing to the benefits of flavors helping people not only quit smoking, but more importantly, stay off cigarettes,” he says.

These products, she says, are “very important” to Smoker Friendly’s business because they “give customers options” they’ve come to expect and demand.

Just ask retailers who have already lost their flavor business to state and local regulations. “We’ve had to say, ‘We can’t sell this product.’ It turns that customer away from my store,” says Anna Bettencourt, category specialist for Duxbury, Mass.-based VERC Enterprises.

Like many others, Bettencourt fears a flavor ban wouldn’t prevent minors from smoking or vaping, instead sending the business into the black market. Even though Boston now limits the sale of flavored tobacco to adults-only retailers, Bettencourt has found smaller operators that have long been in the untaxed-tobacco business and are now selling flavored products behind closed doors.

“It’s hidden, but you know people are going in there to get flavored products,” she says, “while I’m playing by the rules and losing business.”

While retailers such as Szarmach and Bettencourt aren’t going to lose that flavor business in 2016, Stier fears the worst. Zeller and others at the FDA have promised that deeming is just the initial framework for many regulations to come—regulations that almost certainly will address flavors.

“It’s good news in the same way it’s good news to hear that your death sentence has been postponed for a year and a half,” Stier says. “It’s nice that you’re not being killed today, but I wouldn’t call it good news.”